Important and scarce Virginia stoneware pitcher, signed and dated in script, “Jessee Vestal 1865”. This pitcher was exhibited in the “Legacy in Clay: Pottery of Washington County, Virginia” 2005 exhibit, William King Regional Arts Center, Abingdon, VA. The pitcher is also illustrated in the “Legacy in Clay” museum exhibit catalog. Condition – piece of rim broken and glued, otherwise very good condition. 5″ height. Note – this example is the only known signed Jessee Vestal pitcher. Circa 1865. Jesse/Jessee Vestal (born 1828 North Carolina – died 1904 Virginia) is known for his beautifully incised script on pottery. His family appears to have been in Washington Co. VA by 1833. In the 1850 census, he is listed as still living with his parents. Both Jesse and his father are recorded as farmers. However, his most famous piece of pottery, a jug with a poem on it, is dated 1849. This jug is owned by the William King Regional Arts Center in Abingdon (refer to “Legacy in Clay: Pottery of Washington County, Virginia”, William King Regional Arts Center, Abingdon, VA and “Great Road Style: The Decorative Arts Legacy of Southwest Virginia and East Tennessee”, Betsy K. White). While Jesse’s father is listed as a farmer in the 1850 Population Census, he appears as the only potter in the 1850 Schedule of Manufactures for Washington Co. (Source: Potters on the Holston prepared by C. Espenshade.) Espanshade describes this pitcher on page 69 and pictures it in Figure 33.
Jesse married into the Miller family of potters. At least one of his sons became a potter. Research courtesy of Carole Wahler. 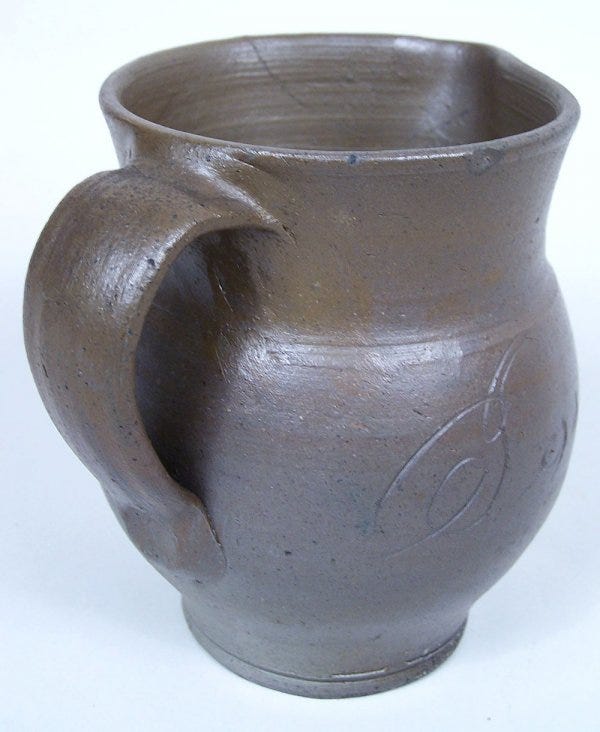 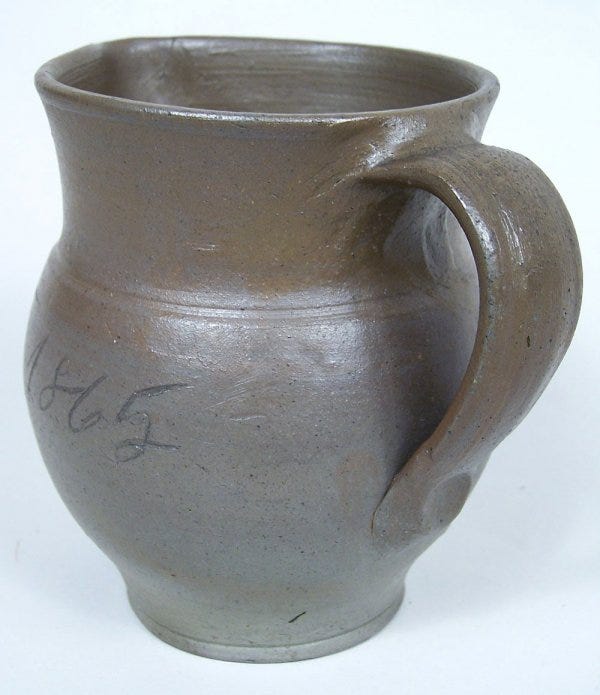 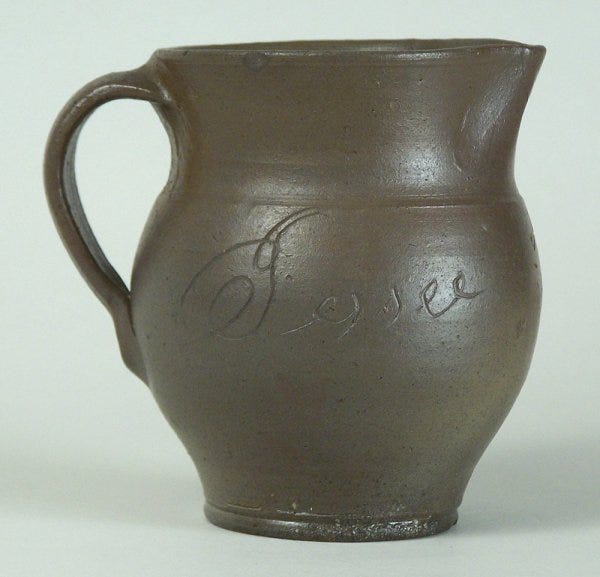 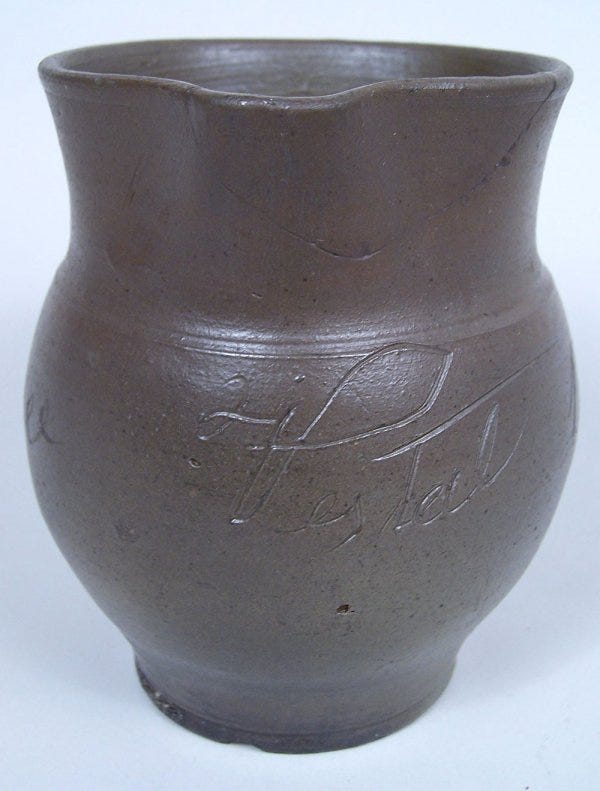 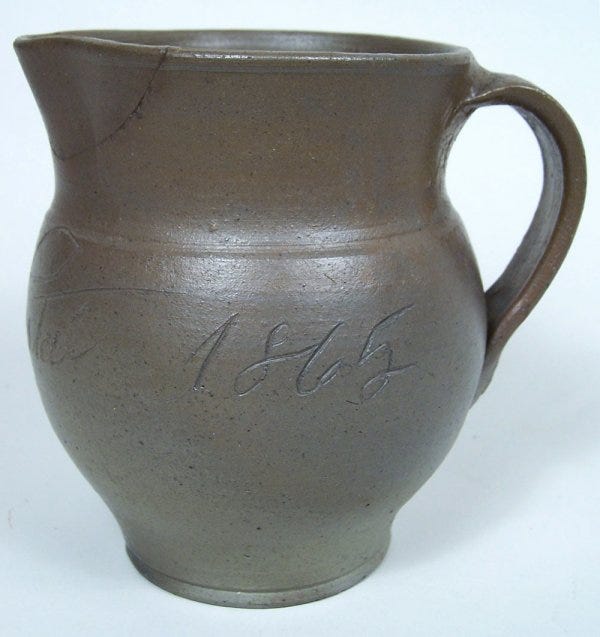 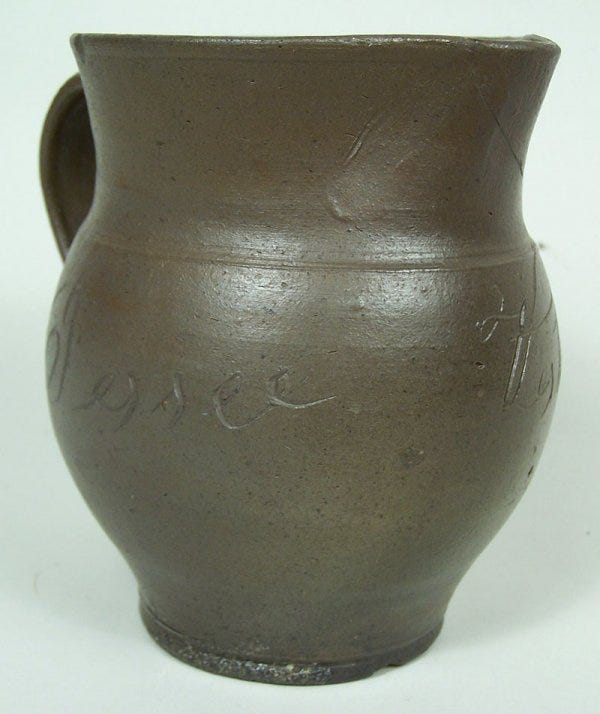