One page handwritten bifolium signed letter from Thomas Jonathan "Stonewall" Jackson (1824-1863), written in the New Orleans Barracks, Louisiana, during his career as a Second Lieutenant in Company K of the 1st U.S. Artillery Regiment, addressed to his sister Laura Ann Jackson Arnold (1826-1911), Beverly, Randolph County, [now West] Virginia, dated July 19, [no year but believed to be written in 1848]. The brief letter primarily outlines his recent travels and travel plans, writing "Dear Sister, At last I have returned from my foreign ramble, and I hope that my abscence[sic] has at least been beneficial to my health. I was much pleased at receiving at Jalapa two letters from you, which be assured gave me much relief from anxiety. My object in writing at present is to announce my arrival. From this place I expect to start tomorrow for New York by sea. I had my Daguerotype[sic] taken today and would send it to you had I an opportunity. Direct your letters to the city of New York. Remember me to Mr. Arnold, the balance of the family, and other enquiring firends. Your true brother T. J. Jackson." Handwritten address panel to Laura with black ink New Orleans postmark stamp, dated July 22, with later pencil inscription and traces of a red seal, en verso of bifolium. Lot also includes one (1) carte de visite (CDV) depicting a bust portrait of Jackson in his U.S. Military uniform; one (1) photogravure depicting a seated Jackson in his Confederate uniform, published by Johnson, Wilson, and Company, New York; one (1) double-sided typed biography of Jackson; and one (1) one page typed transcription of the letter. Letter: 10" H x 16" W. Note: "The close relationship between Laura and her brother Thomas was destroyed during the war. While he emerged as General Stonewall Jackson, a Confederate military leader, Laura remained a Unionist, and ultimately became estranged from both her brother and other members of the Jackson family. When Laura learned in 1863 that her brother had died after the Battle of Chancellorsville, a Pennsylvania Cavalry officer recorded her reaction in a letter home. When she 'heard of her brother's death, she seemed much depressed, but said she would rather know that he was dead than to have him a leader in the rebel army.' The wartime differences between Laura and her husband Jonathan Arnold led to a scandalous divorce in 1870, initiated by Jonathan. Afterward, she moved to Buckhannon, West Virginia; he stayed in the house in Beverly, living there until his death in 1883. In 1897, the assembled Society of the Army of West Virginia made Laura an honorary member for her 'patriotism and past efforts on behalf of Union arms.' In 1905, she attended a reunion of the 5th West Virginia Cavalry, which had occupied her hometown of Beverly after the Battle of Rich Mountain. The old veterans named her Mother of the Regiment for her efforts as nurse to their injured. If Laura Jackson Arnold ever had remorse over the permanent separation from her brother, she never expressed it publicly. She remained a Unionist to the end of her life, and made no effort to associate with any member of the Jackson family. Laura Ann Jackson Arnold died September 24, 1911, at the home of her daughter-in-law, and was buried in Heavner Cemetery in Buckhannon, West Virginia." (source: "Laura Jackson Arnold," Civil War Women Blog, dated November 29, 2010, accessed October 17, 2022, https://web.archive.org/web/20101223175507/http://www.civilwarwomenblog.com/2010/11/laura-jackson-arnold.html). 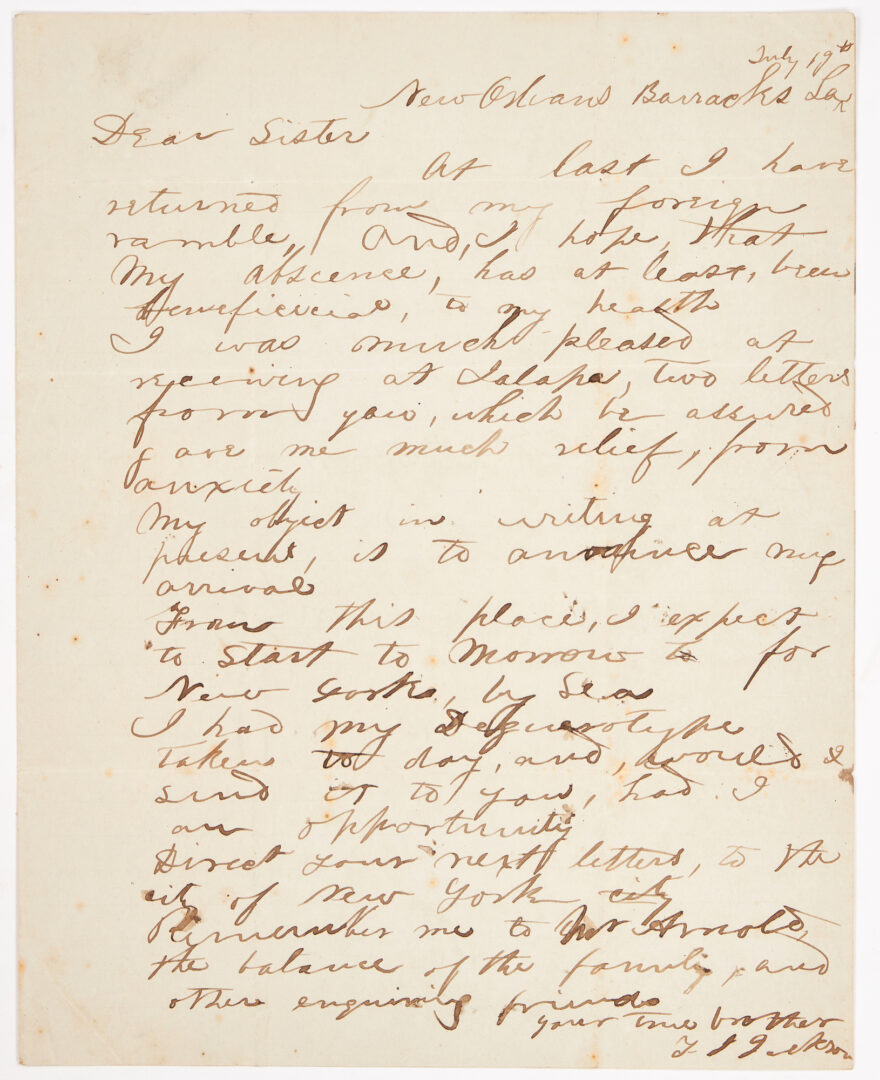 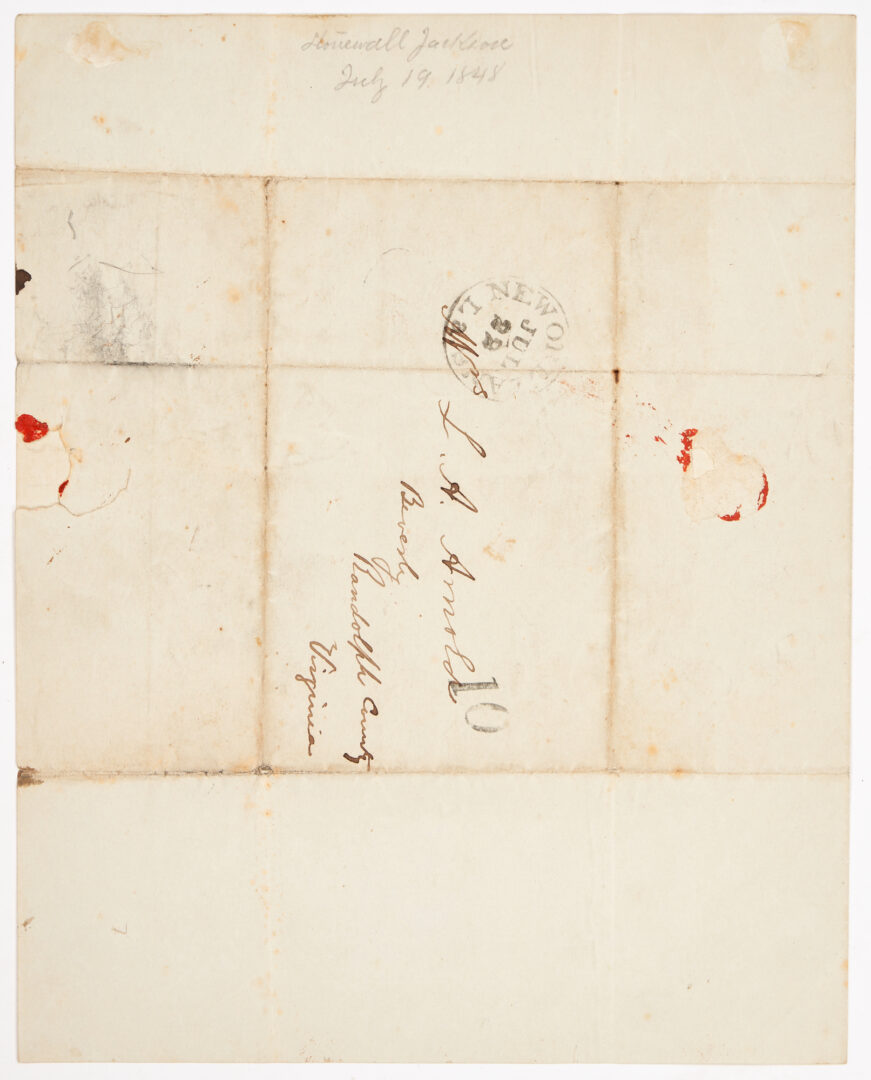 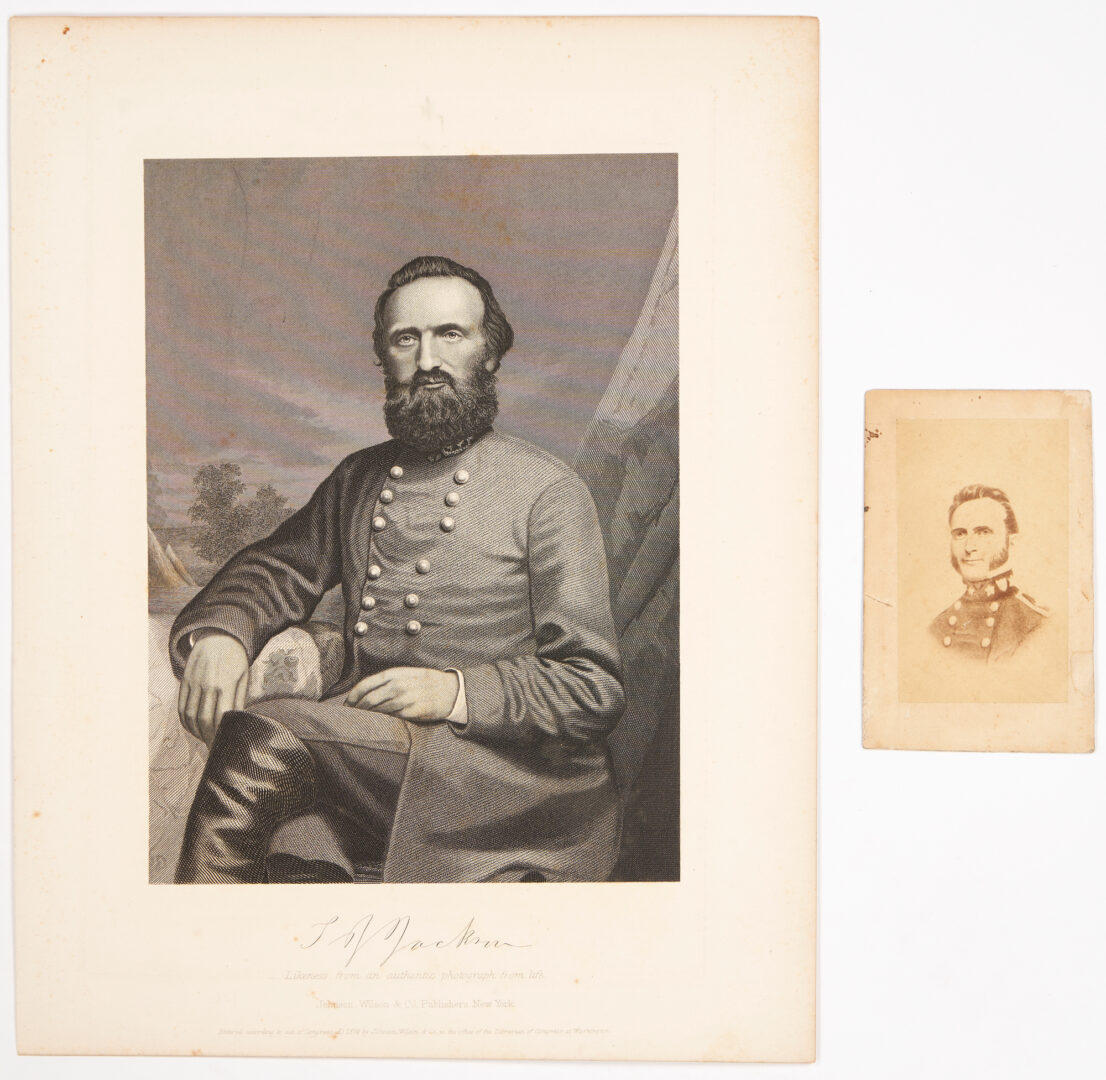 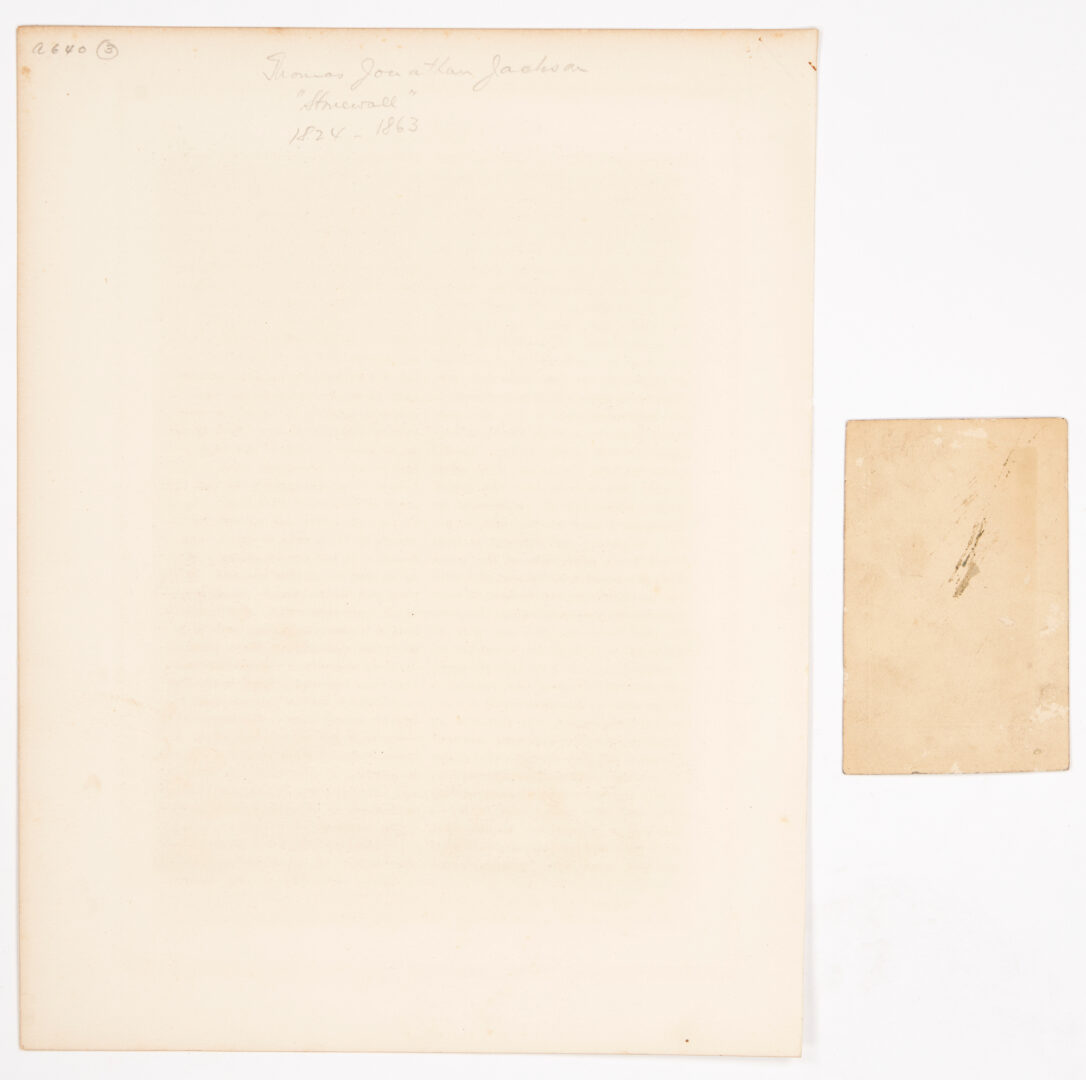 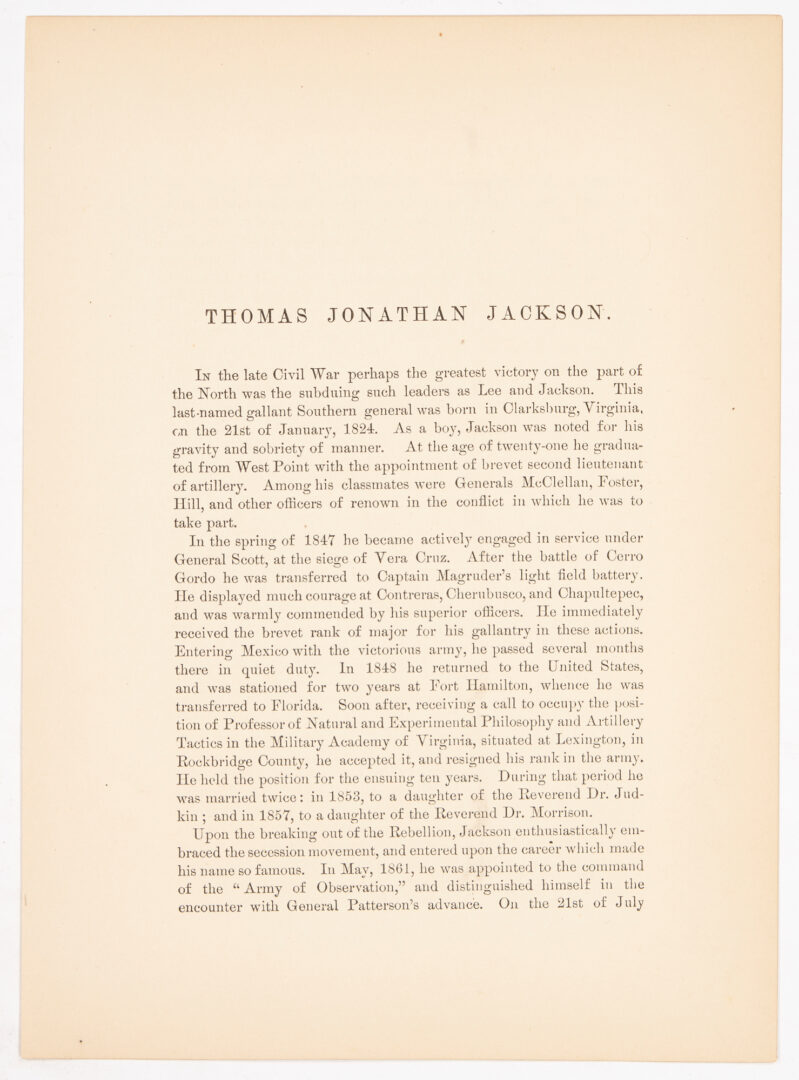 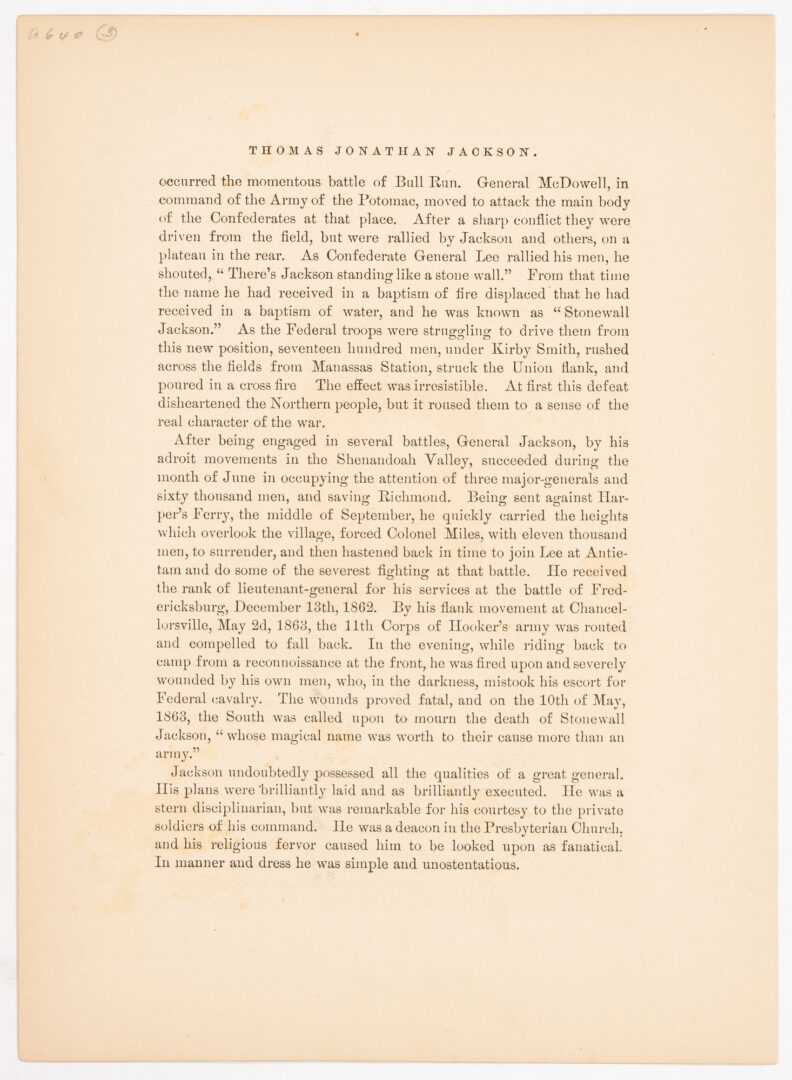