Note: The University of Virginia Library, which maintains a permanent exhibition of copies of the Declaration of Independence, notes, “In 1815, the United States concluded its second war with Britain, the War of 1812, and American nationalism blossomed in its wake. Reinforcing this renewed patriotism, the passing of the signers’ generation created a passionate interest in all things associated with the nation’s founding. Several entrepreneurs sought to capitalize on this demand by rushing to produce the first facsimile printings of the Declaration of Independence — offering the American public its very first look at the document. In 1818, Benjamin Owen Tyler produced the first facsimile of the Declaration.” (source: https://explore.lib.virginia.edu/exhibits/show/declaration/exhibit).

Note: The Massachusetts-born Tyler (b. 1789-d. ca. 1855) was a penmanship professor, who painstakingly hand copied the signatures of the original signers on America’s foundation document. An estimated 1,740 copies were produced, and sold by subscription; an unknown number survive. Those placing orders included multiple founding fathers, notably the Declaration author Thomas Jefferson himself. The endorsement of Richard Rush, son of signer Benjamin Rush, and acting Secretary of State in 1817, appears in the bottom left corner of the document: “The foregoing copy of the Declaration of Independence has been collated with the original instrument and found correct. I have myself examined the signatures to each. Those executed by Mr. Tyler are curiously exact imitations, so much so, that it would be difficult, if not impossible, for the closest scrutiny to distinguish them, were it not for the hand of time, from the originals.”

PROVENANCE: The collection of the late Fount and Ida Smothers, Thompson’s Station, Tennessee. 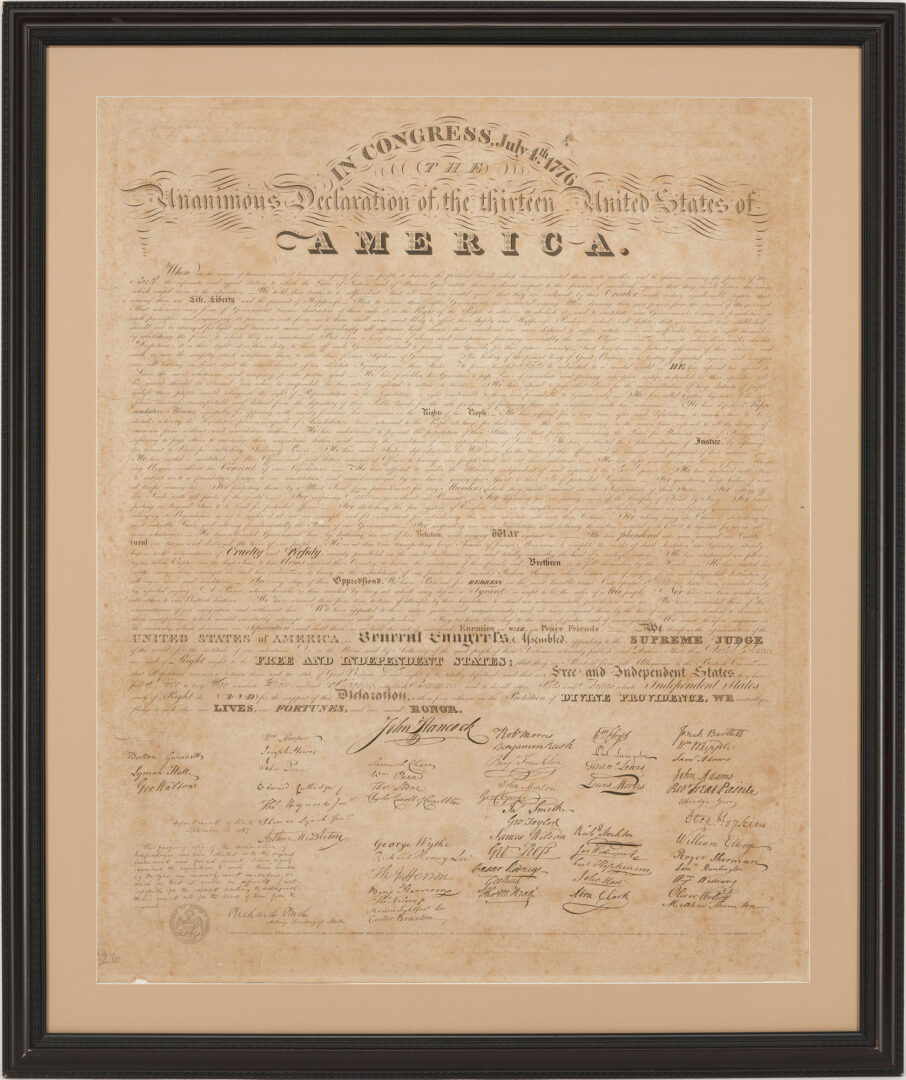 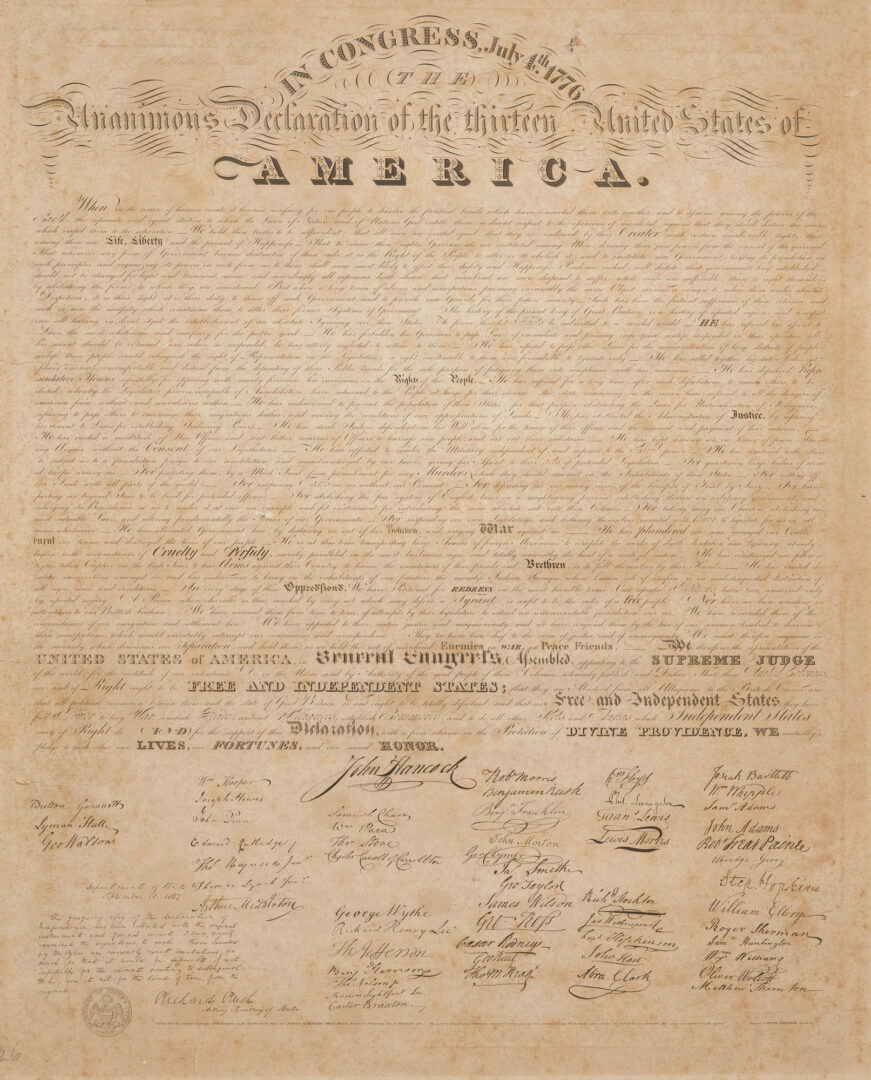 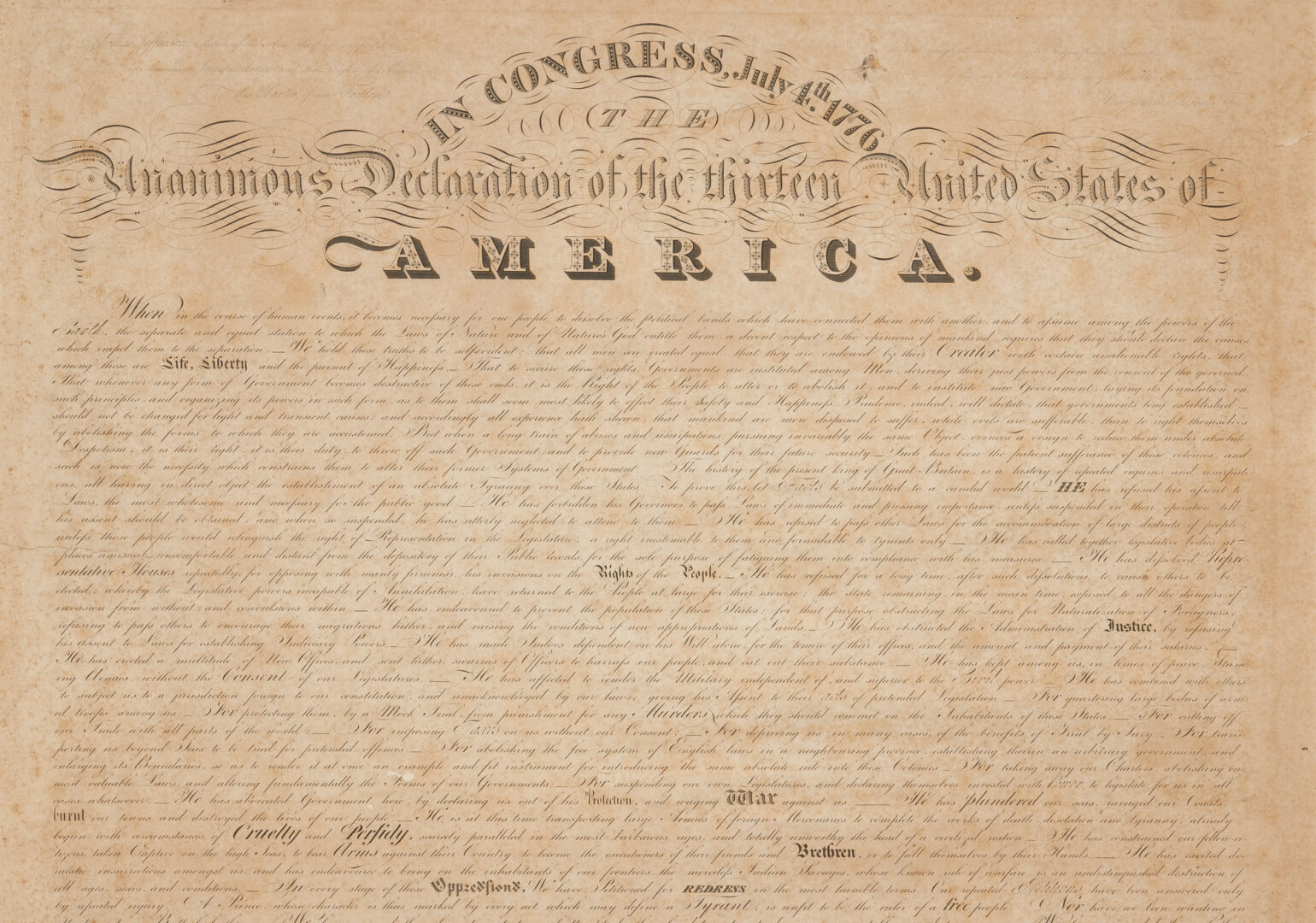 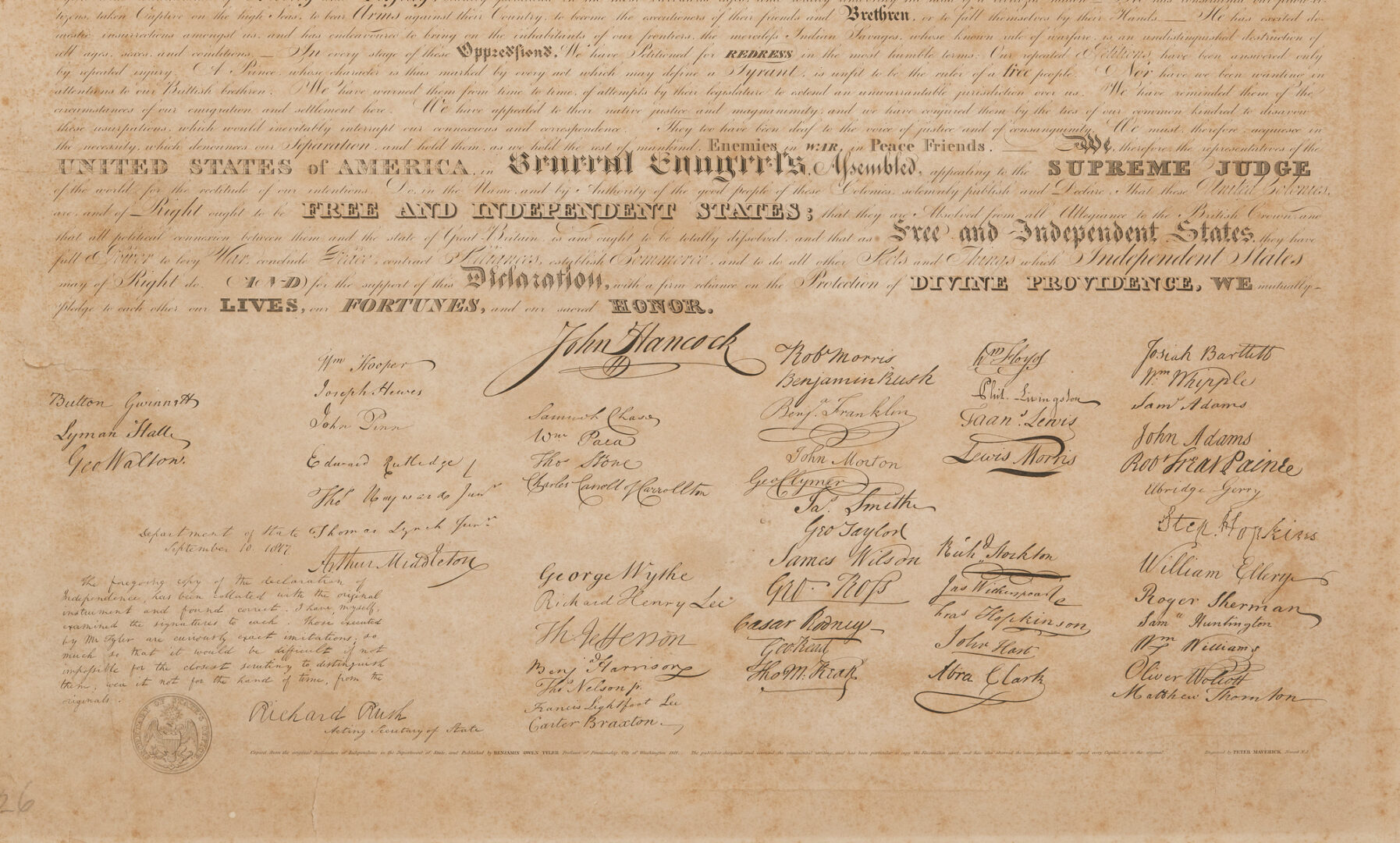 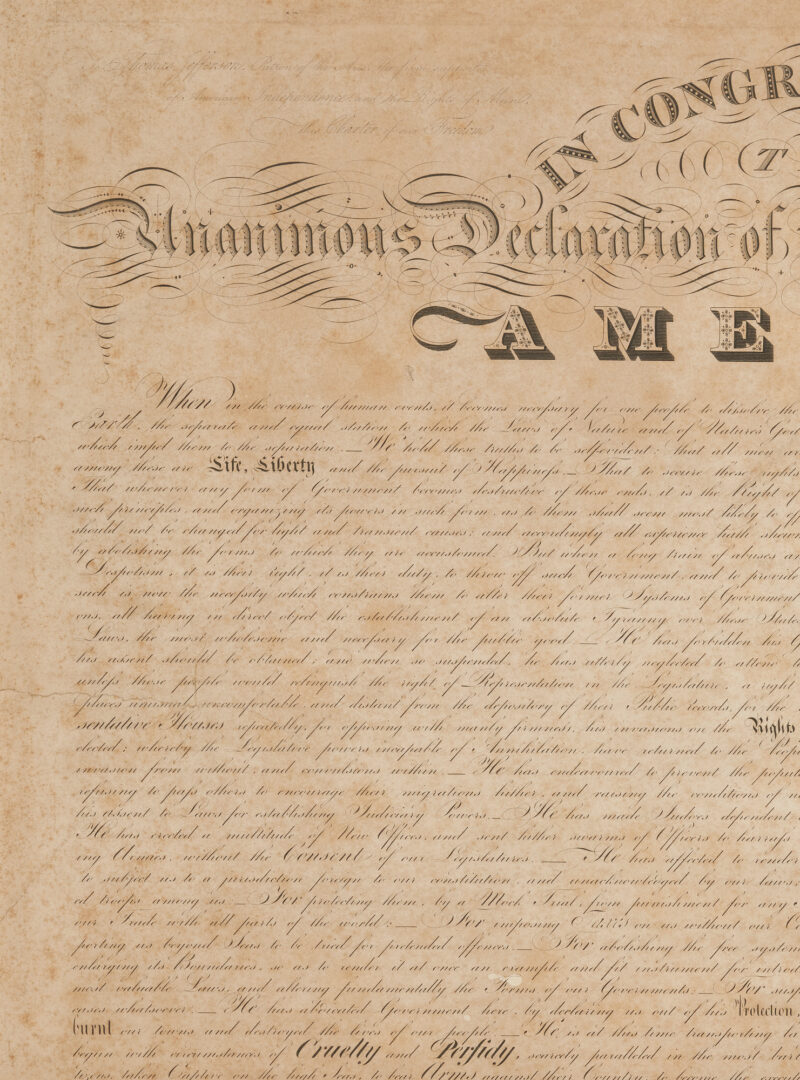 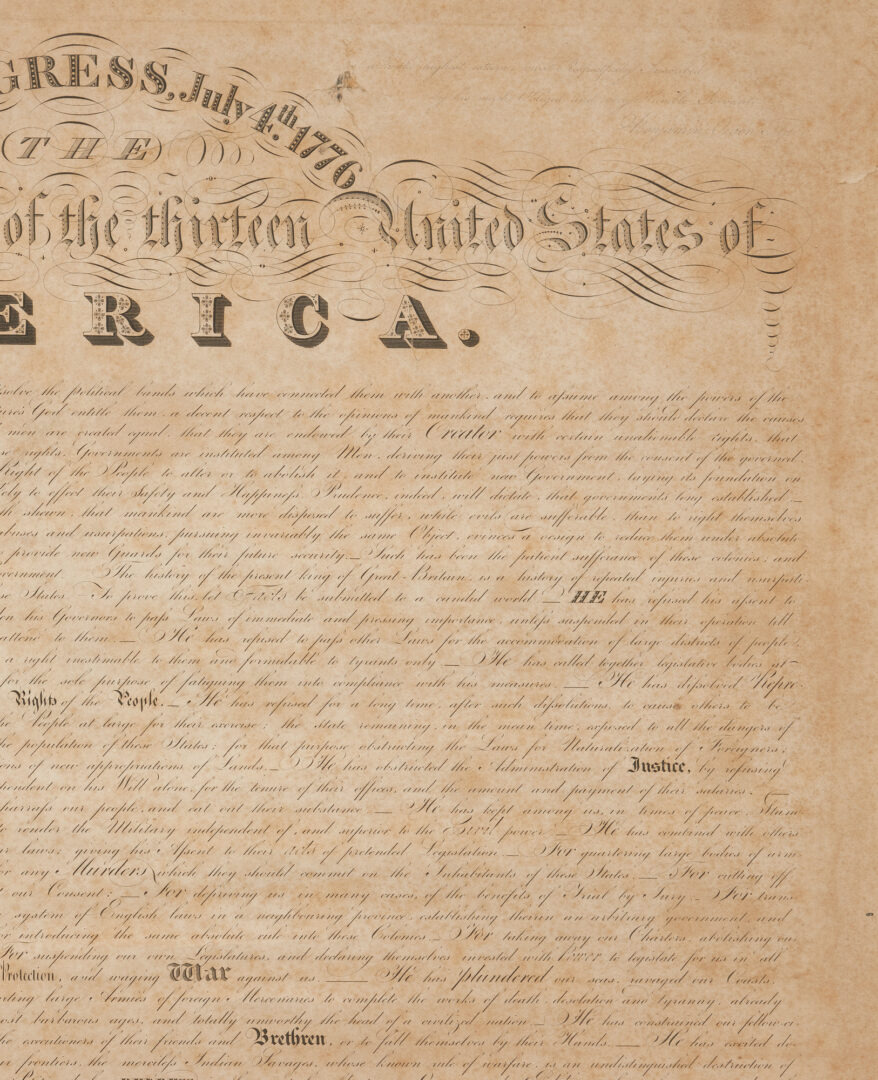 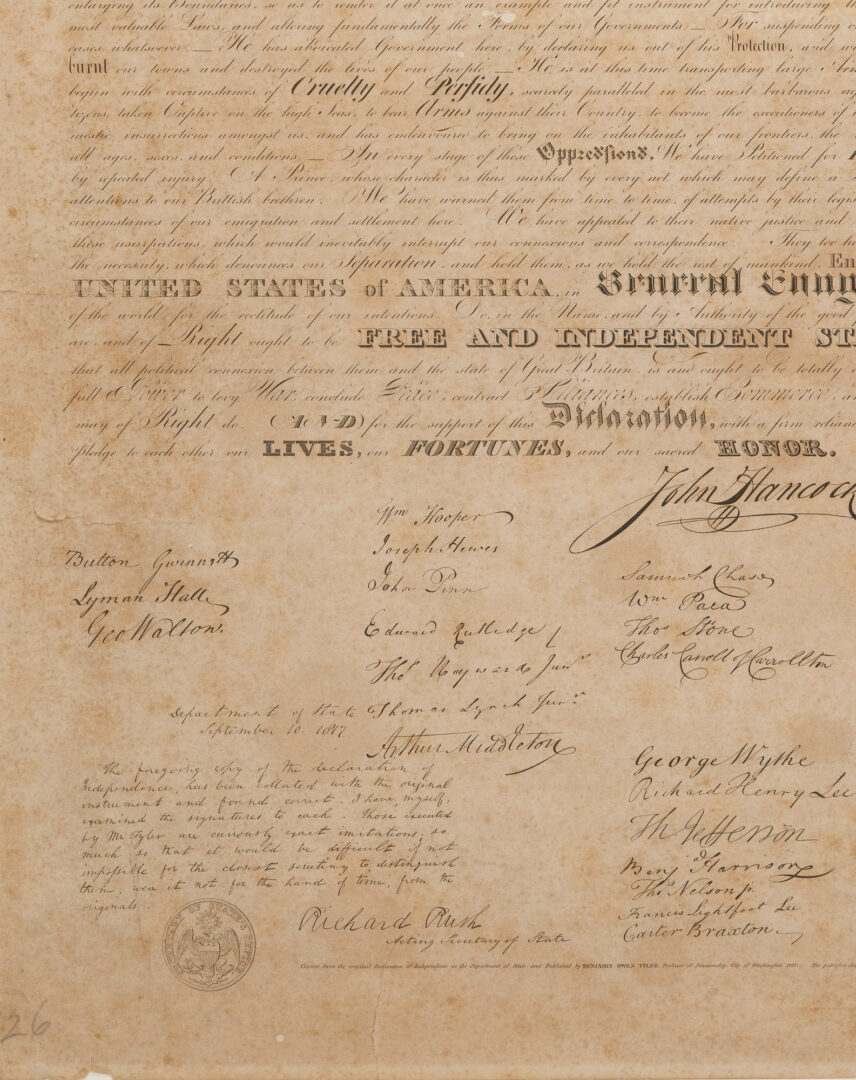 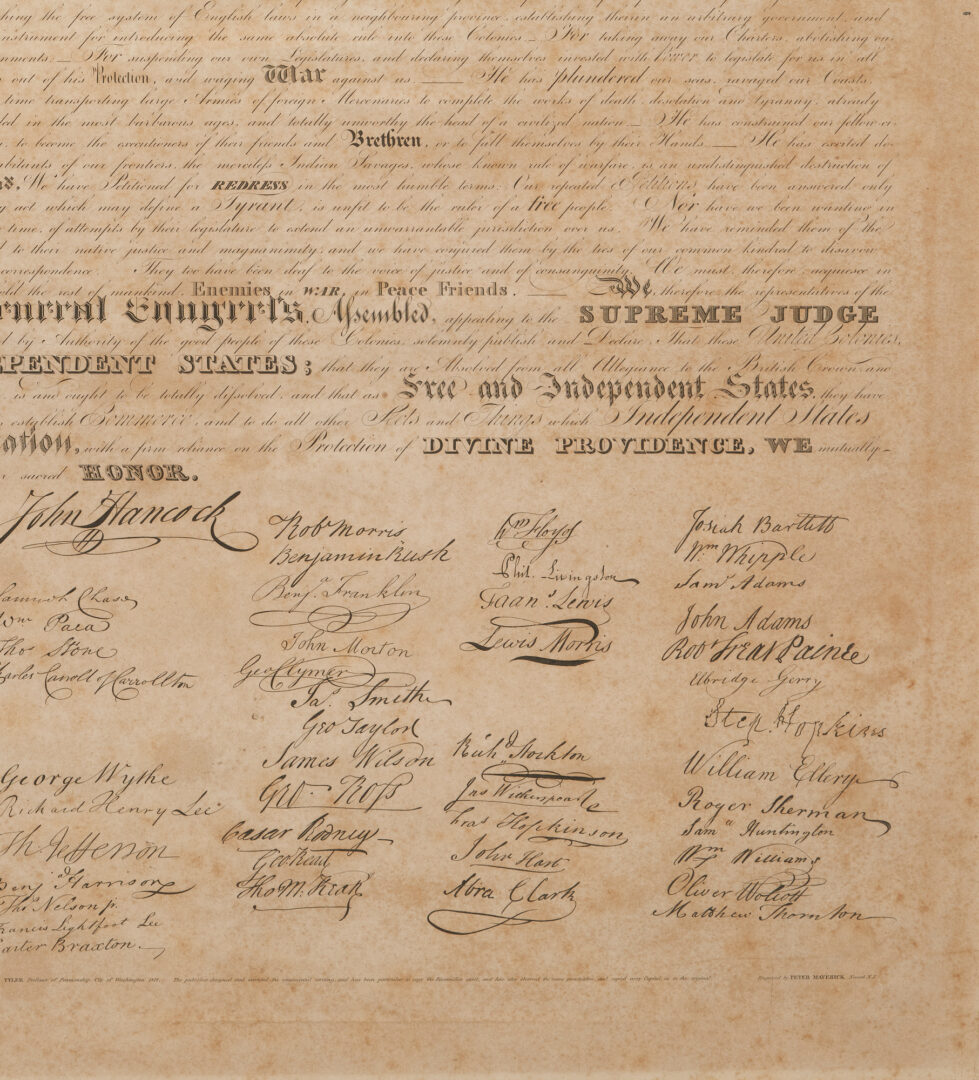 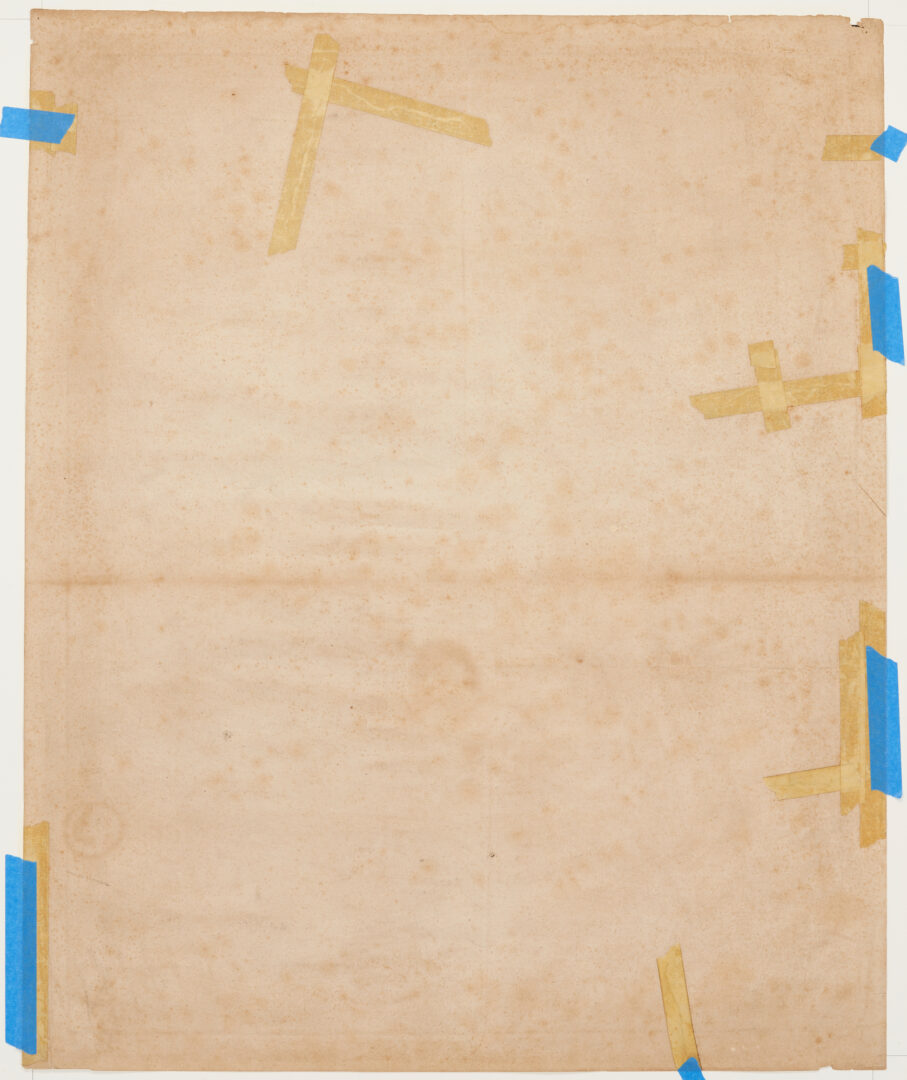 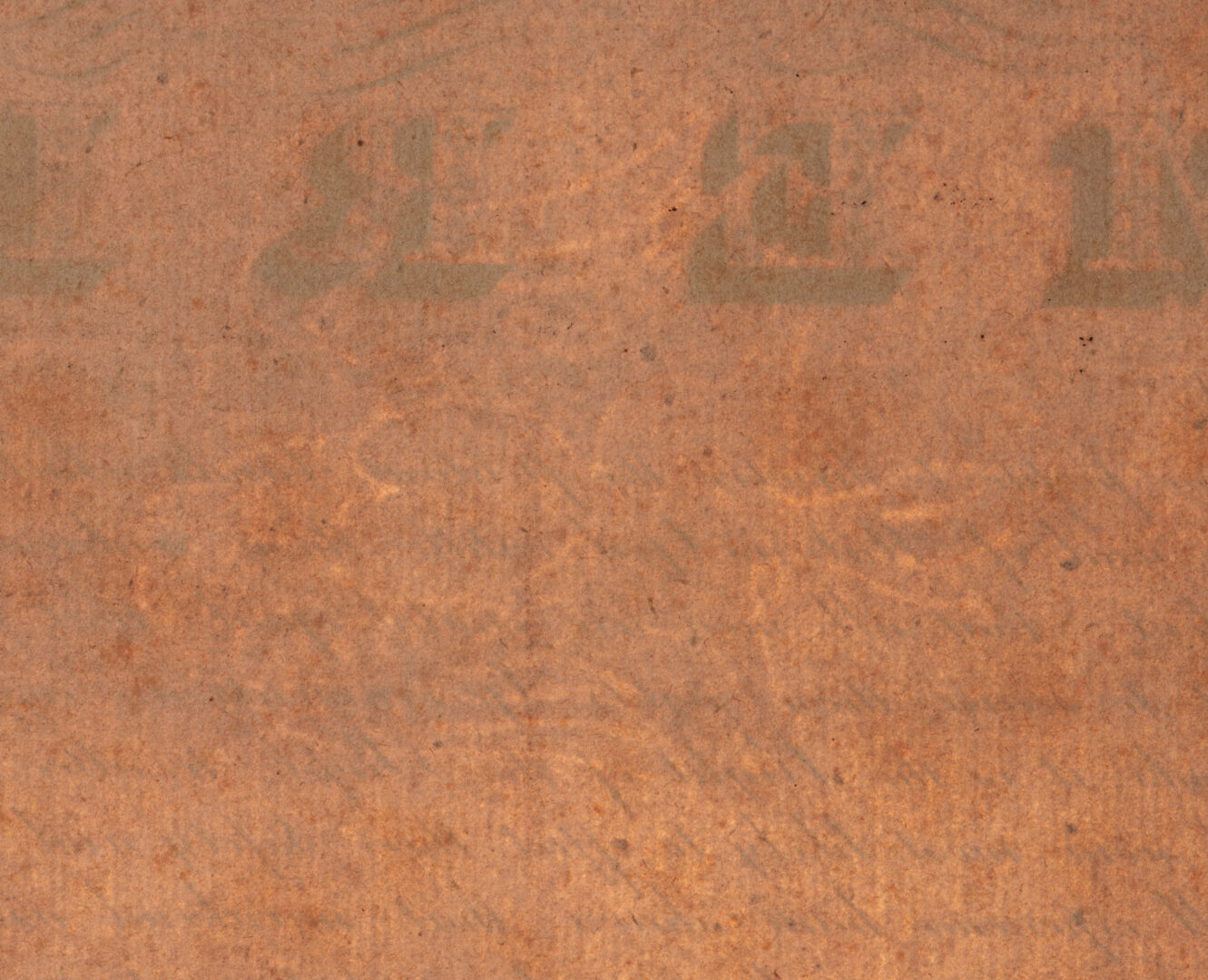 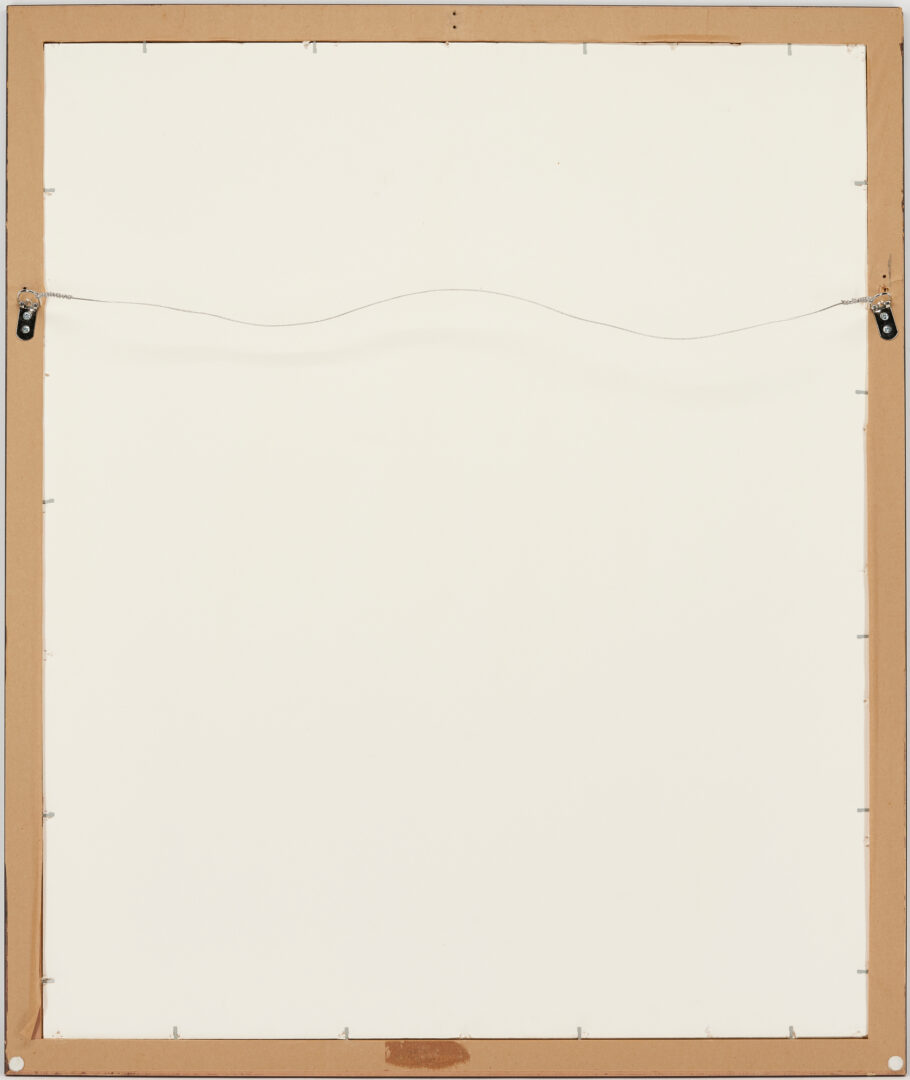