Attributed to Pietro Fragiacomo (Italian, 1856-1922) oil on board painting depicting a solitary figure rowing a small boat near the edge of a body of water as dusk descends on the horizon. Other boats and several buildings on the shore are visible in the background. Signed lower right. Housed in a wide gilded oak frame. Sight: 7" H x 19" W. Frame: 15" H x 27" W. Artist biography (source: Askart; the Fondazione Carlplo): Pietro Fragiacomo is known for his seascapes and cityscapes of Venice, often depicted at night. He lived most of his life in Venice, where he studied at the Academy of Fine Arts, and in 1887, first exhibited at the Esposizione di Venezia. In 1889, he won a bronze medal at the Universal Exhibition of 1889 in Paris. He also exhibited and won prizes at the Munich International Exhibition. He won the Prinze Umberto prize at the Milan Triennale of 1891 and was a regular participant from 1895-1922 at the Venice Biennale, which displayed a solo show of his work in 1910 and a posthumous retrospective in 1924.

CONDITION: Grime throughout; a small amount of gilt from the frame has been deposited on the lower left edge of the painting; otherwise very good condition. 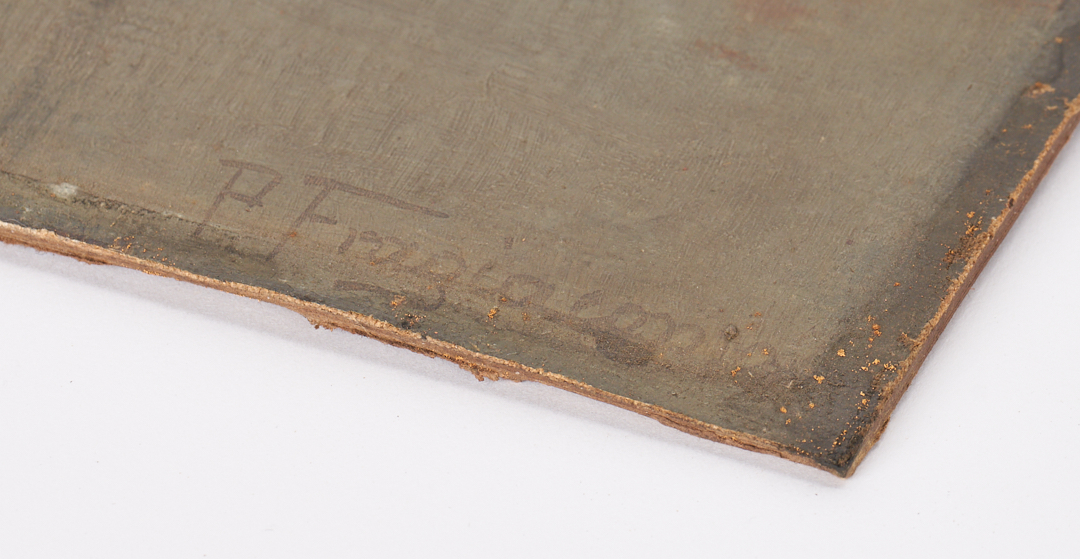 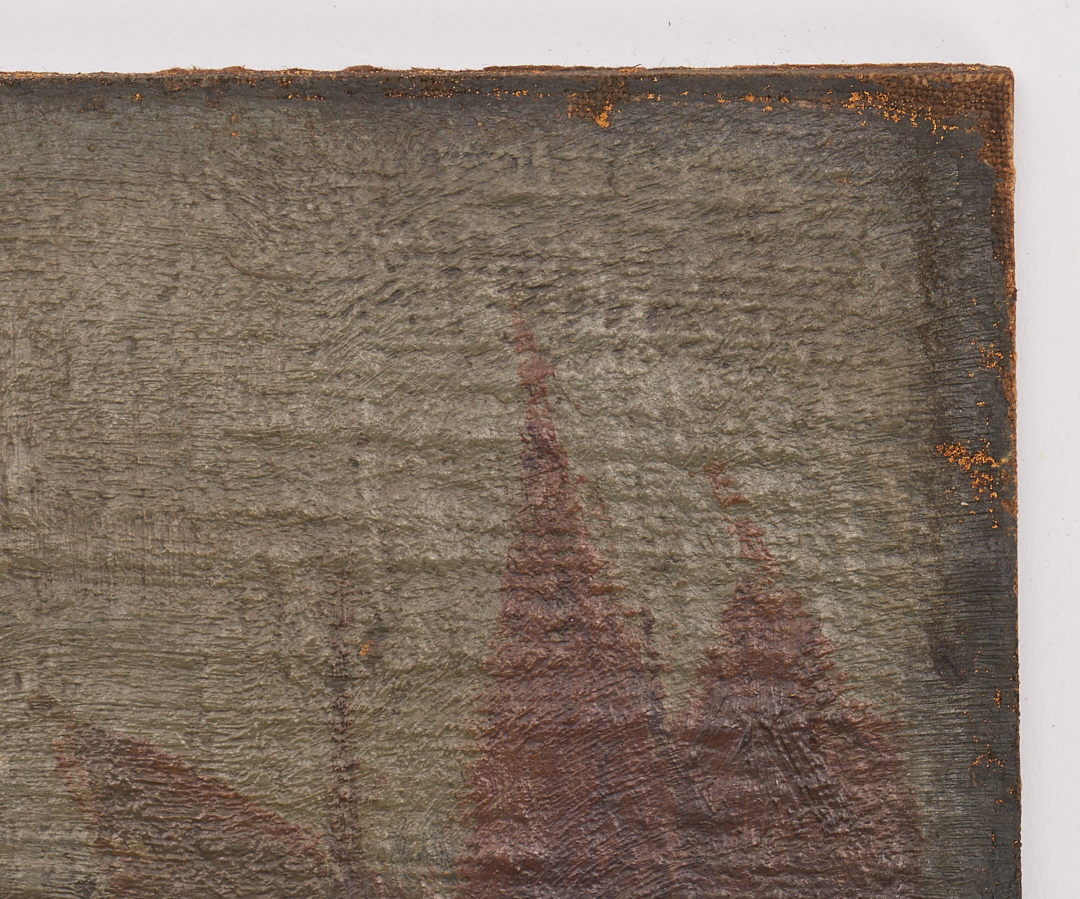 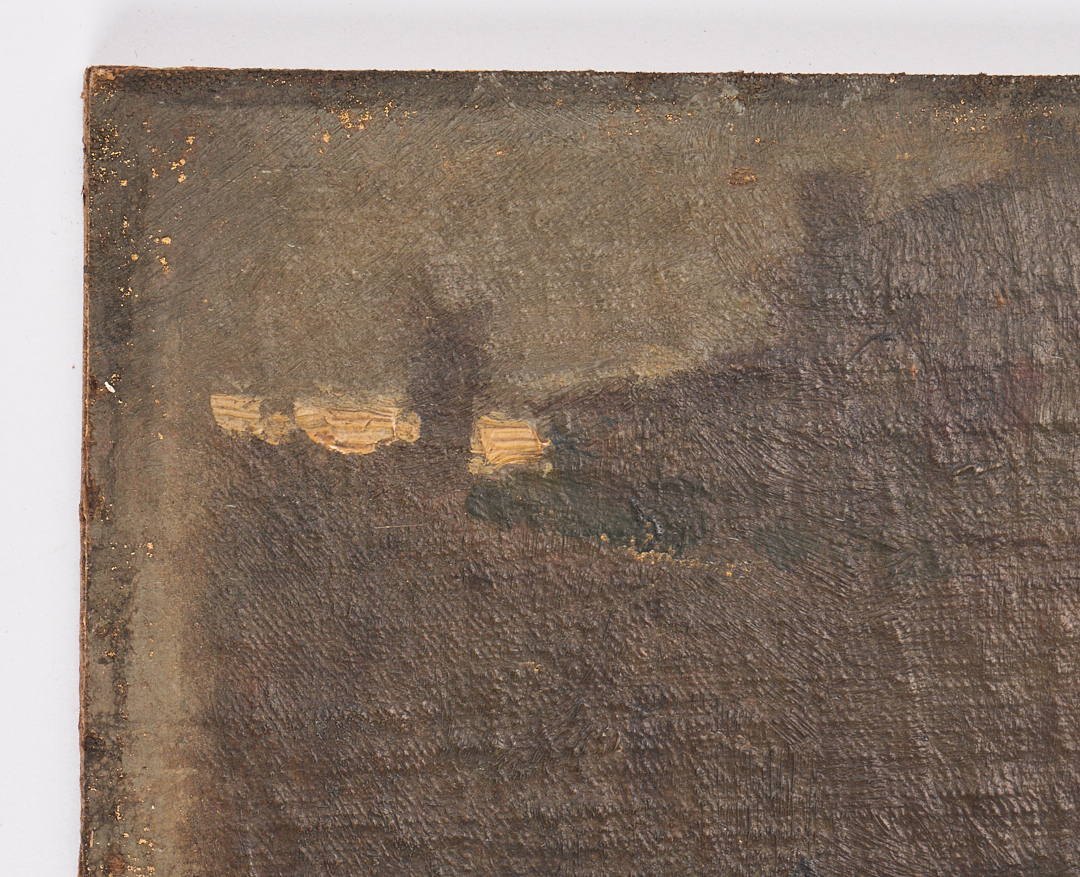 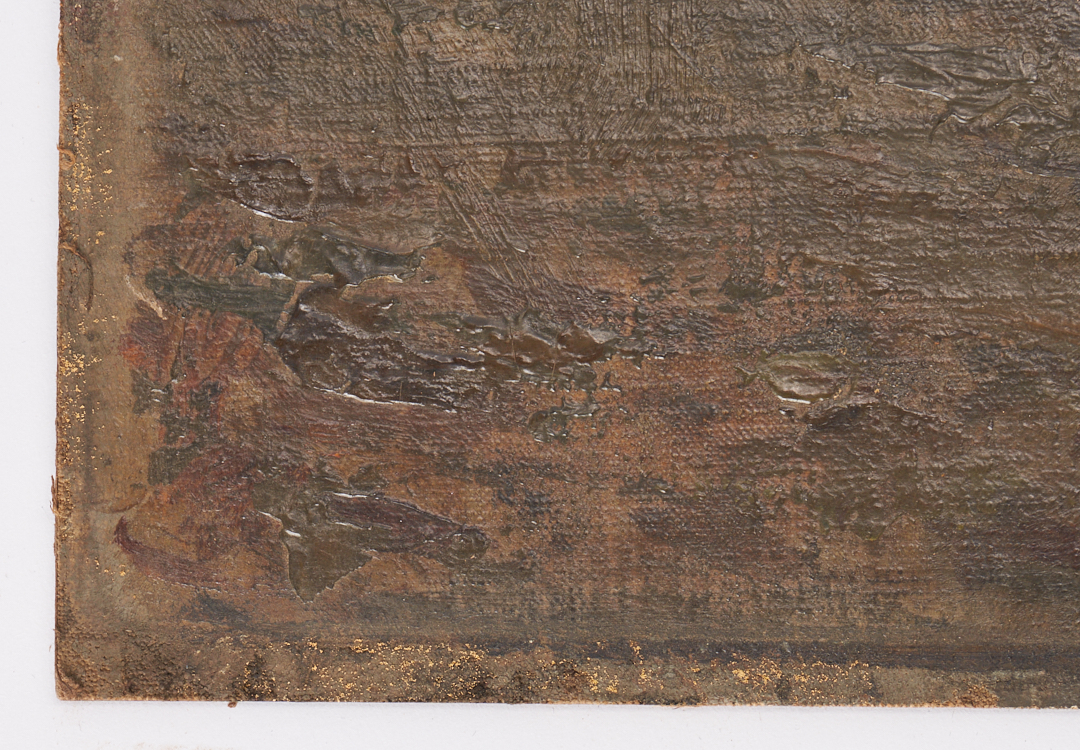 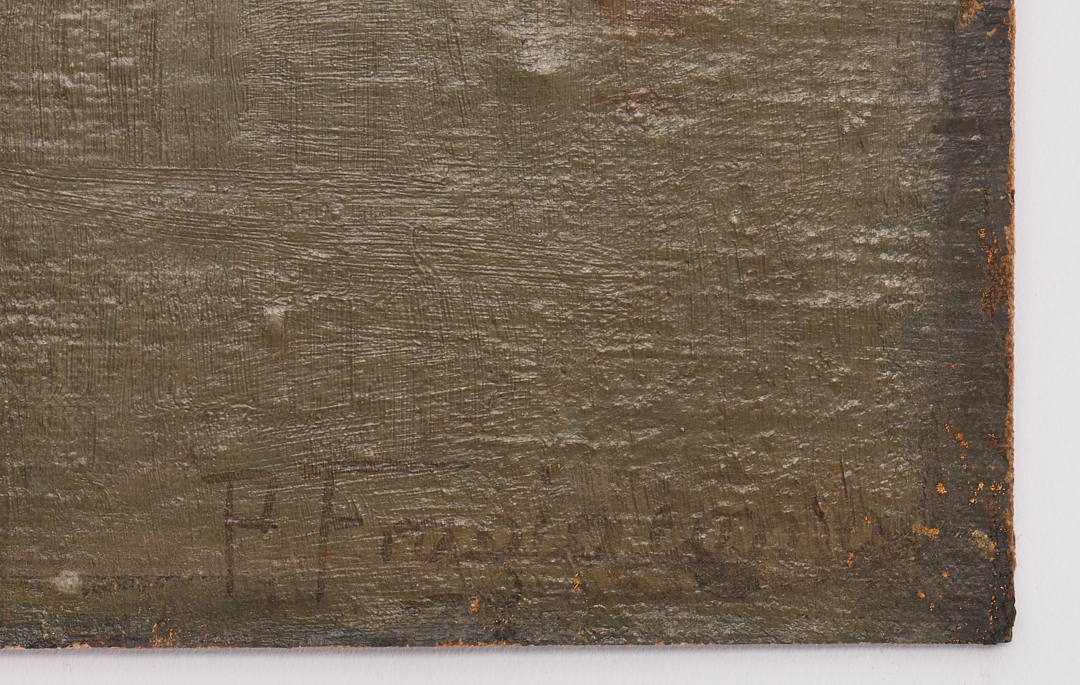