Chinese Ming Dynasty (1368-1644) bronze warrior figural lamp holder or candlestick, depicting a man, likely a "foreigner" in armor, kneeling with the drip pan balanced on his head. Fine detailing to the subject's protective arm and leg coverings. Mounted on a stepped bracket base. Overall: 10 5/8" H. Base: 3 1/4" W x 3 1/8" D. Note: A similar pair of candlesticks is in the collection of the Minneapolis Institute of Art. The catalog entry notes: "During the Ming dynasty (1368-1644), foreigners were occasionally depicted in the decorative arts. They were typically shown with curling hair, bushy brows over bulging eyes, large noses, and moustaches like those shown here. They wear Chinese style robes with raised chest medallions, aprons, and boots. Paired candlesticks typically flanked incense burners on most types of altar tables during the Ming and Ch'ing dynasties (1368-1911)."

CONDITION: Lacking socket. A few areas of scaling and cracking present and some light scattered oxidation; some solder between figure and base; 1/2" loss or divot to subject's back, losses to tips of fingers, stress fracture to left back shoulder where armor meets the body. 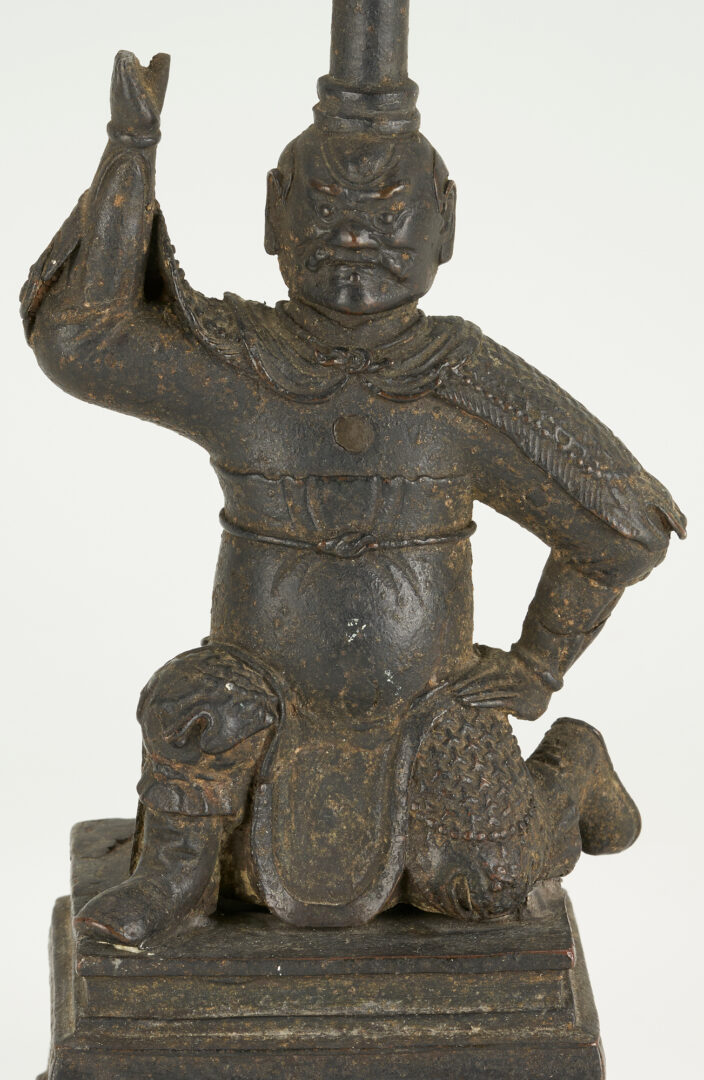 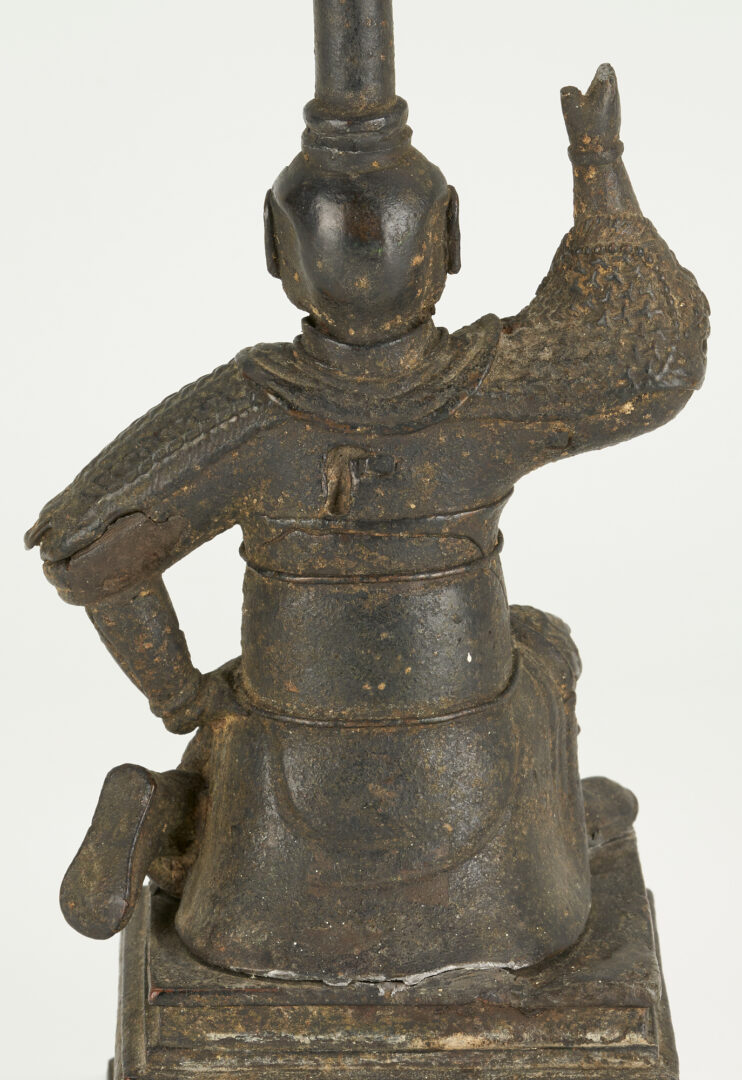 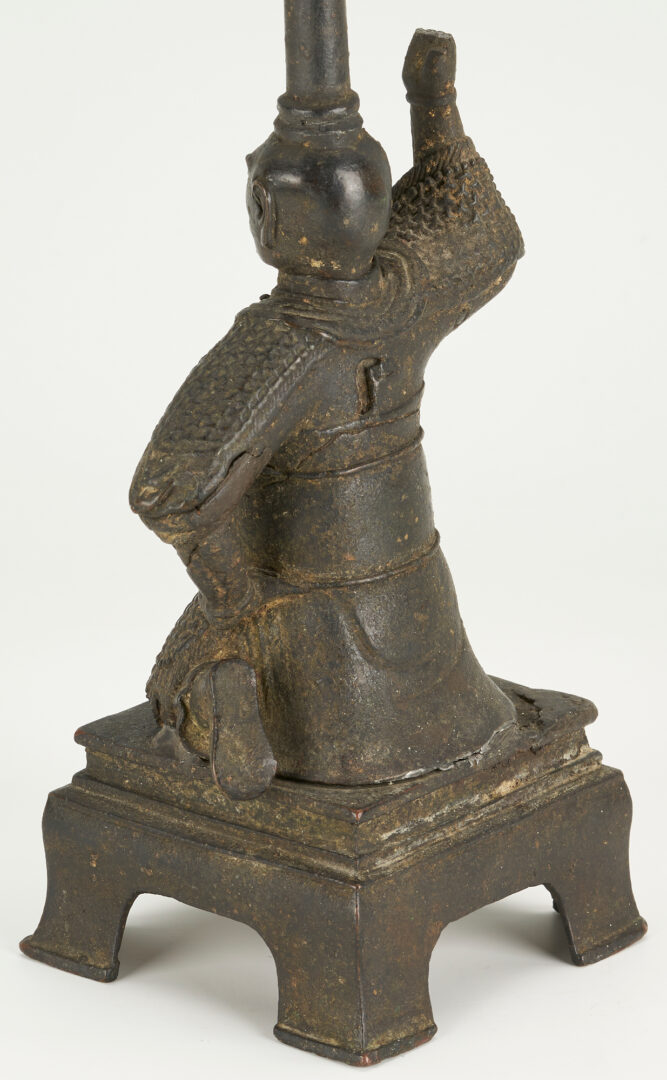 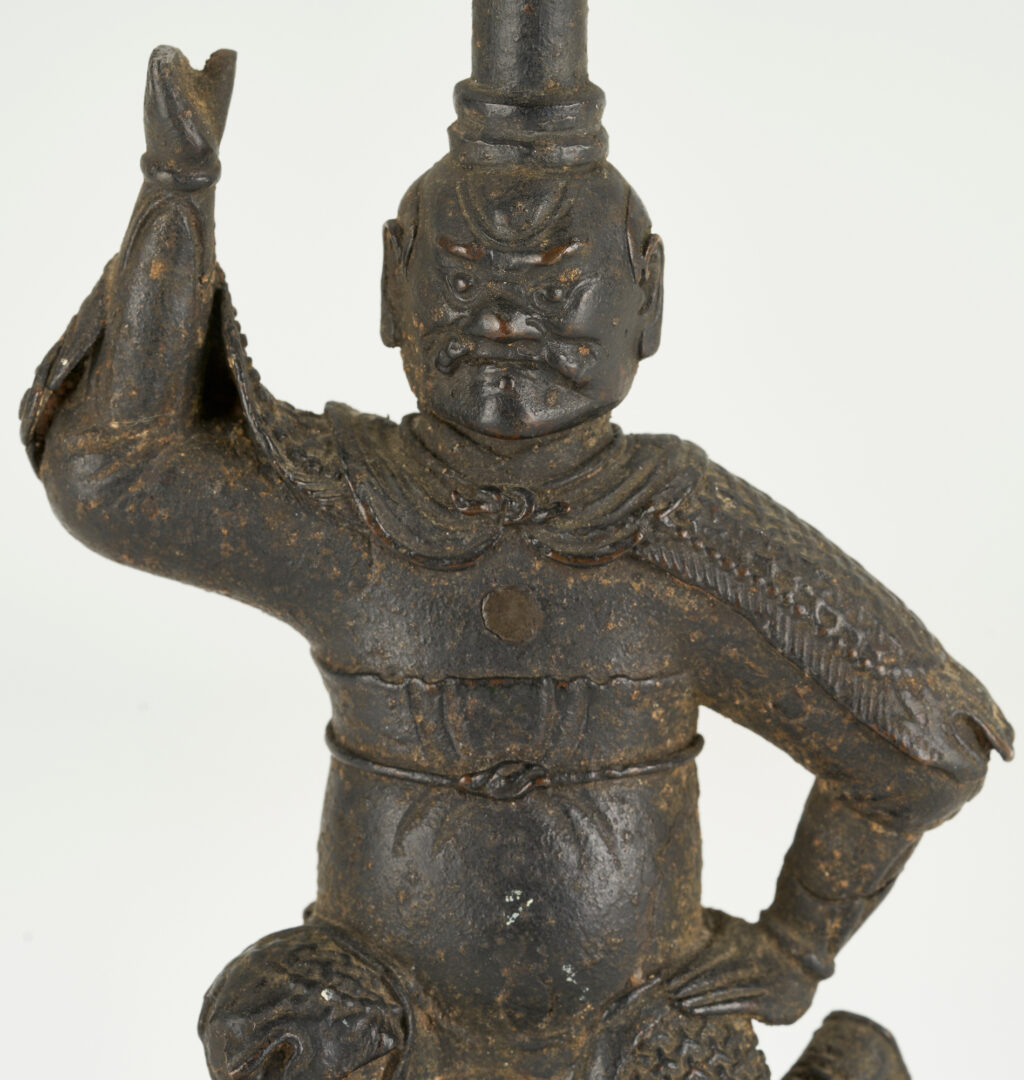 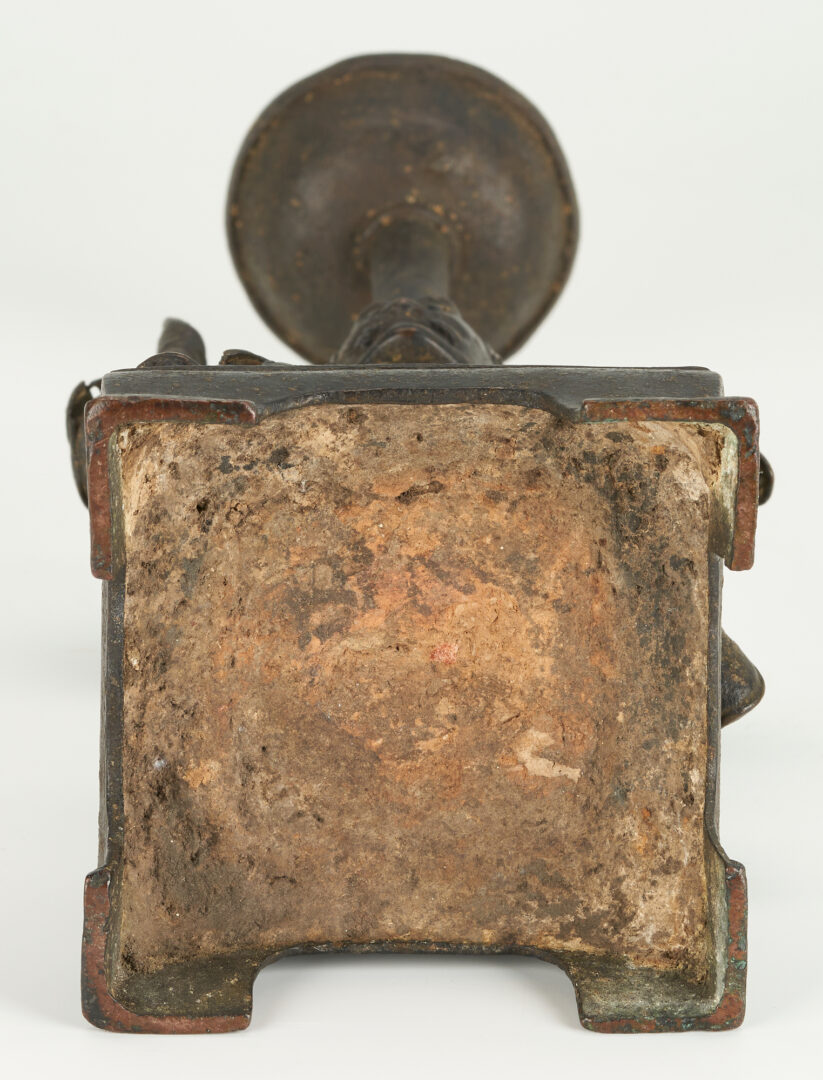