East Tennessee house and alphabet sampler by Minerva E. Carmack, 1845. Alphabet with house design. Wear to the middle of sample where it may have been folded. Small hole, approx. 1/4″ to center. Some wear to outer middle margins. Sampler has been glued down on paper board. Sight 11″x 14″, framed 18 5/8″ H x 15 5/8″ W. Circa 1845. This sampler was recently documented by Jennifer Core and Janet Hasson of the Tennessee Sampler Survey, Nashville, TN. Minerva Carmack was born February 15, 1828 in Hawkins County and died February 16, 1906 and was buried at the Watterson Cemetery, Stanley Valley Road, Hawkins Co., TN. Minerva married Edward Watterson about 1846 (no record found) and had ten children. They resided in the Stoney Point area of Hawkins County. Minerva may have been the third child of Cornelius Carmack, a founder of Hawkins Co. Of the thirty East Tennessee samplers documented in the Tennessee Sampler Survey, five are from Hawkins County. Of these five Hawkins Co. samplers, four have houses in the design. 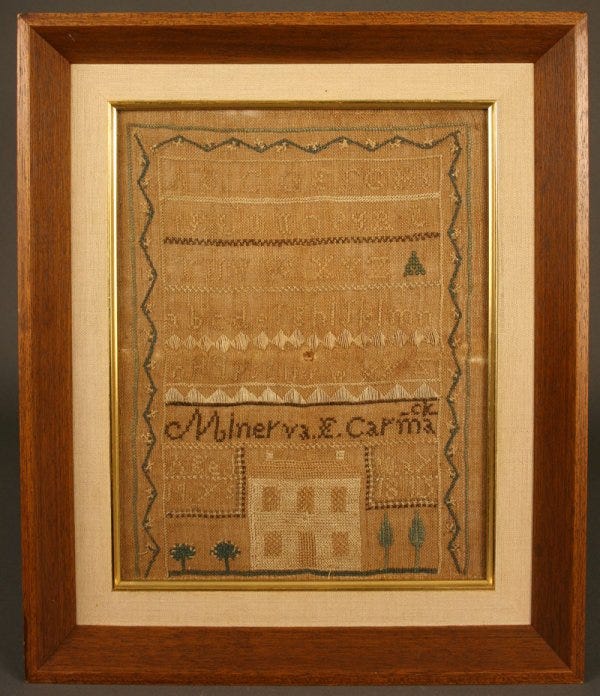 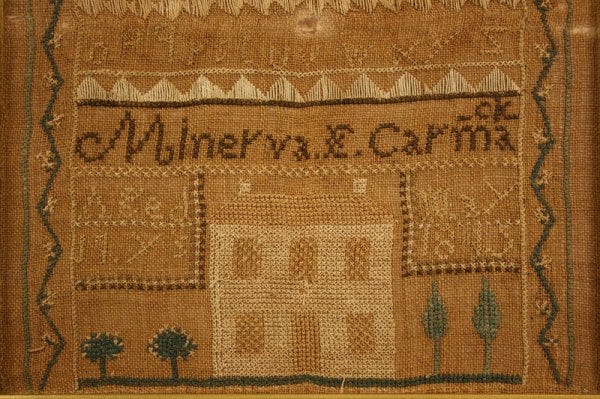 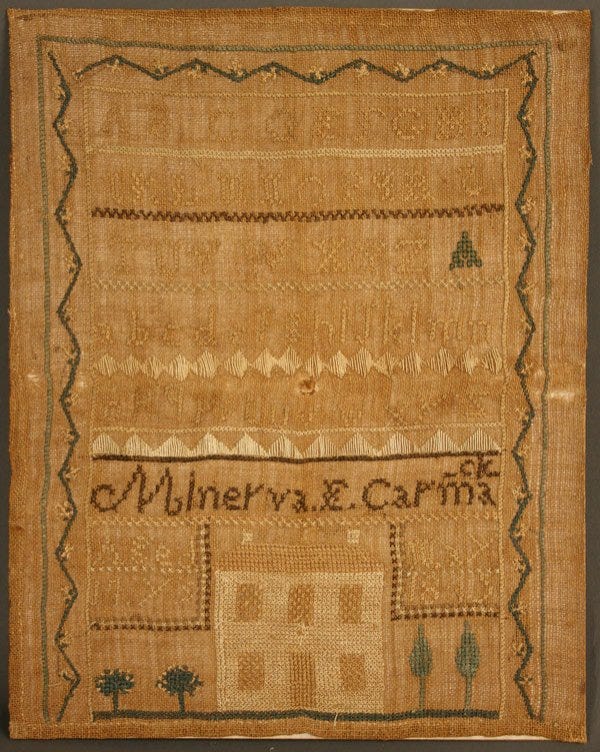 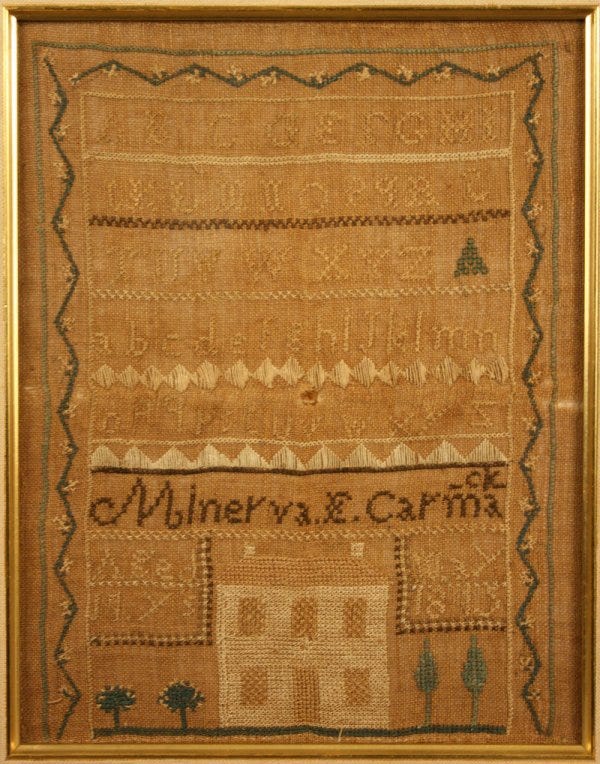