East Tennessee redware pitcher, attributed to the Cain pottery of Sullivan County, TN. Manganese and gold/yellow slip decoration with multiple sine wave incising around midsection, extruded handle. Manganese drips run down the interior of the pitcher as well. The glaze, elaborate use of manganese and yellow slips, and sine wave incising is exceptional on this example. This pitcher was in the 1997 “Made by East Tennessee Hands: Pottery” exhibit at The East Tennessee Historical Society, Carole Wahler, guest curator. For examples of similar decorated pitchers, refer to the article, “Earthenware Potters Along the Great Road in Virginia and Tennessee”, J. Roderick Moore, Antiques Magazine, September 1983, p. 534, plate IX. Condition – very minor glaze wear on the rim of pitcher, old shallow chip at the rim near handle, otherwise excellent. 6 1/2″ height. Mid 19th century. Recognition of the prolific Cain pottery in East Tennessee was noted in published resources as early as 1909, where Oliver Taylor in “Historic Sullivan” states “Another factory which received national attention was the Cain pottery, located at Emanuel church, and owned by two brothers, William M. and Abe Cain . . . . .. It was operated about 1840 and, among other wares, souvenir jugs were made, many of which are still in existence.” (research courtesy Carole Wahler). 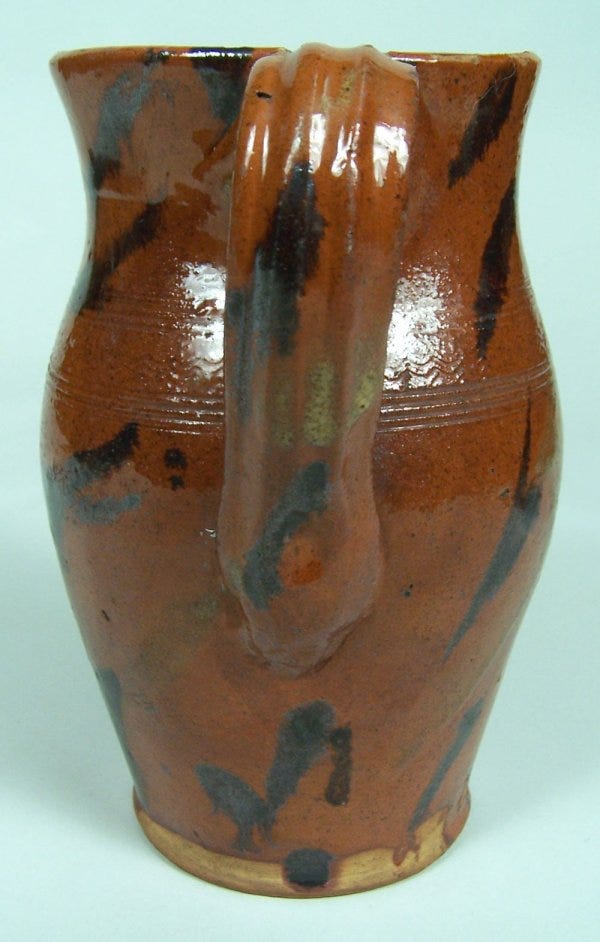 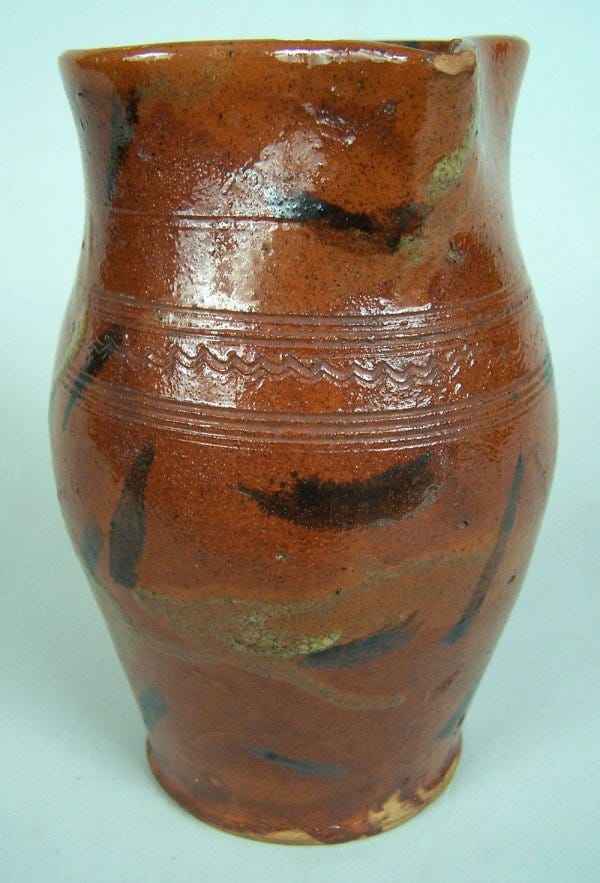 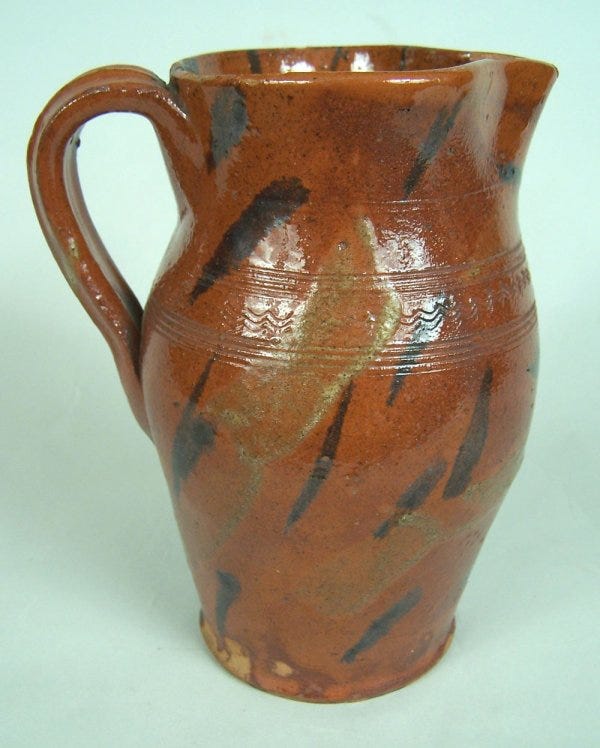 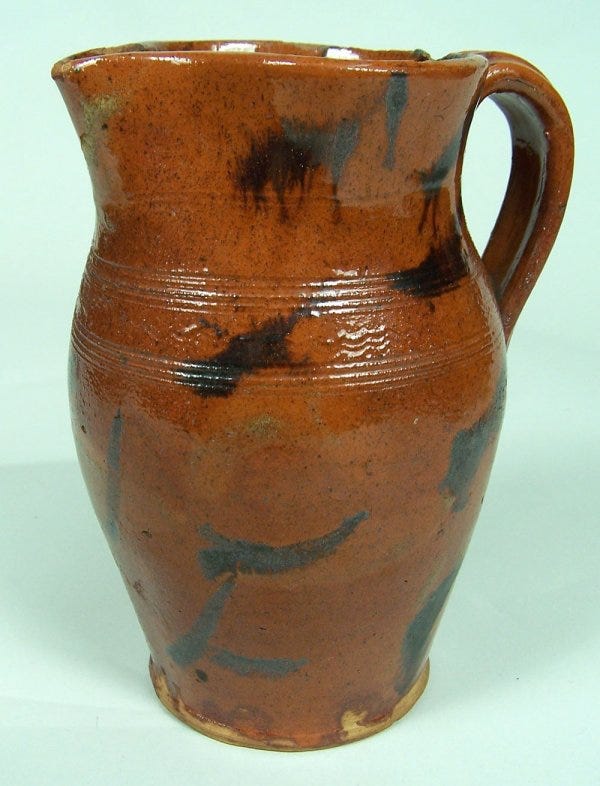 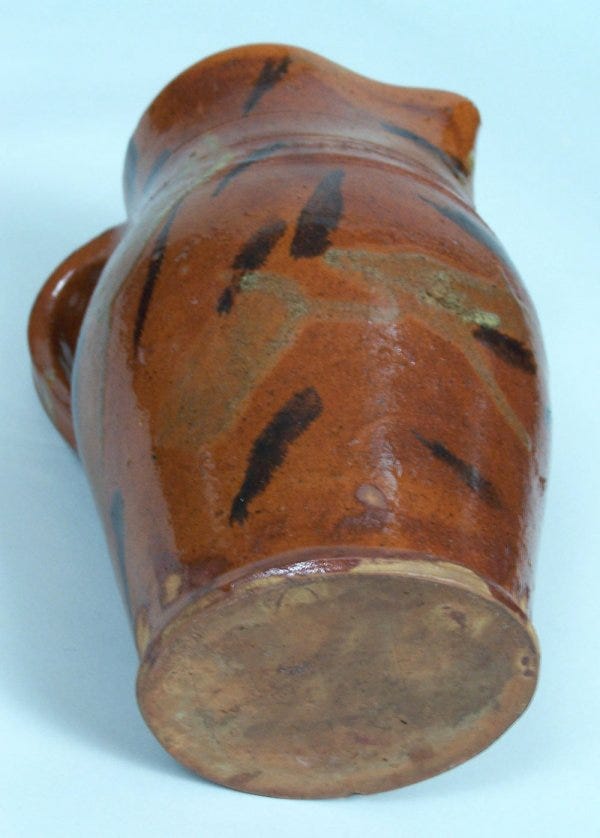 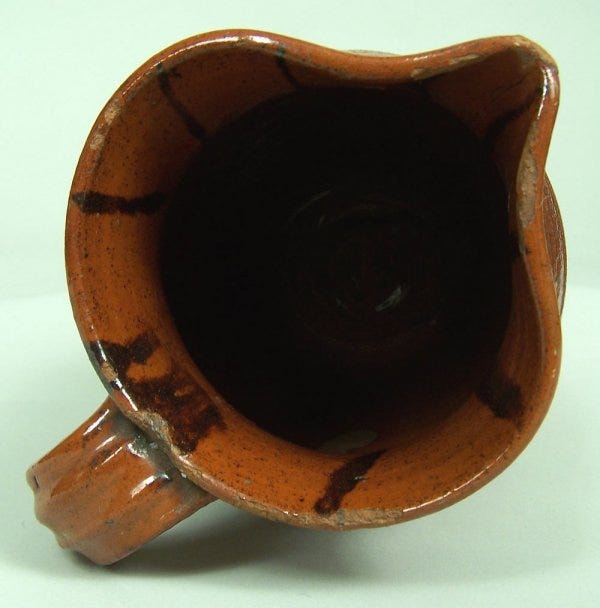