Rare paint decorated Wythe County, Virginia blanket chest in an exceptional state of preservation. Descended through the Dutton family of Wythe County (daughters of Henry Huddle married into the Dutton family). Chest consists of three painted panels with dahlia flower and urn designs and two decorated circles on the top of the chest. The poplar chest has a red painted background resting on bracket feet with pads. This “dahlia” chest belongs to the earliest and most intricately decorated chests from the Wythe County group (refer to J. Roderick Moore’s “Painted chests from Wythe County, Virginia”, The Magazine Antiques, September, 1982, pp.516-521). A similar chest also descending from the Dutton family can be seen in Figure 2 of the J. Roderick Moore article. Scribe lines are visible where a template and compass was used to mark out the painted designs. Another rare feature of this chest is the alternating color design of the urns. Provenance – Teenie Dutton of Wythe Co. passed the chest to sister, Sophia Dutton Buck. Sophia Dutton Buck married Ephriam Buck, and they passed it to their daughter, Ada Buck Kinder. Ada Buck Kinder married John Kinder, and they passed it to their daughter, Beulah Ann Kinder. Beaulah passed the chest to her nephew, Neal Kinder. Condition – the chest remains in a remarkable state of preservation, completely original. This chest was thoroughly inspected by the late John Bivens in the mid 1990s. He concluded the chest was completely original and suggested a protective treatment to prevent exfoliation of the original painted surface. The decision was made to leave the chest untreated. Blacklighting confirms the paint is original with no inpainting or restoration. 52″ width x 26 1/4″ height x 23 1/4″ depth. Circa 1800. 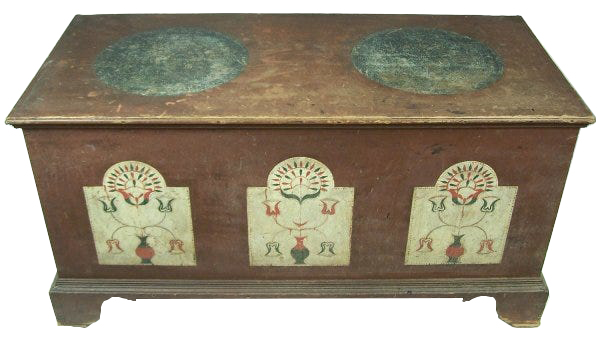 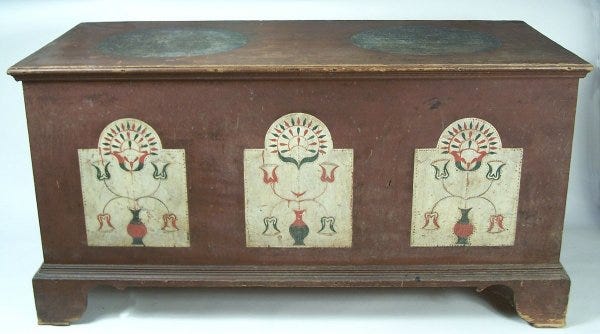 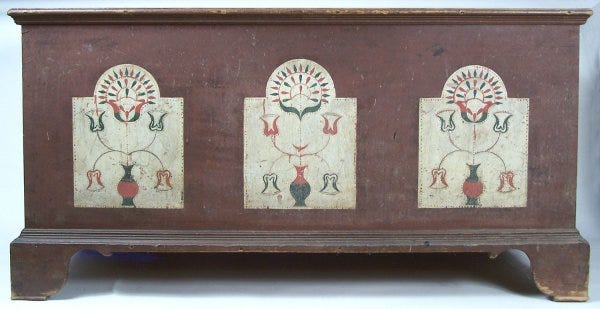 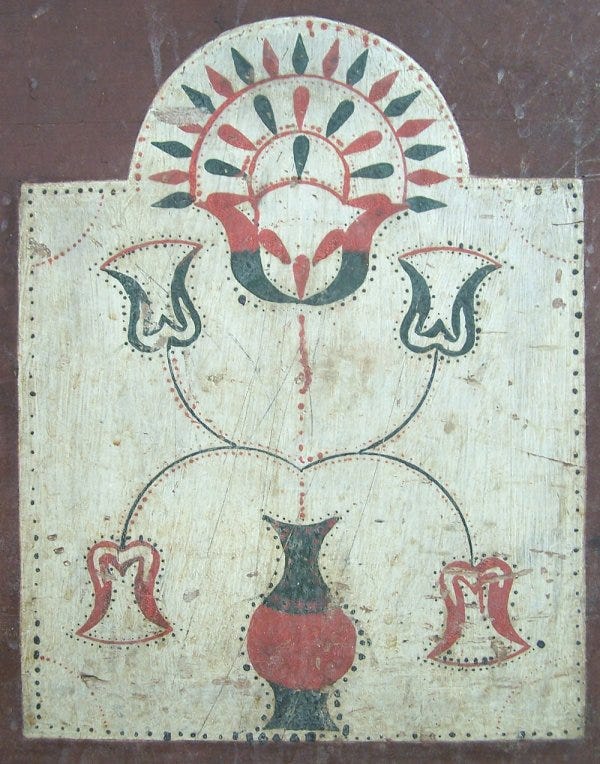 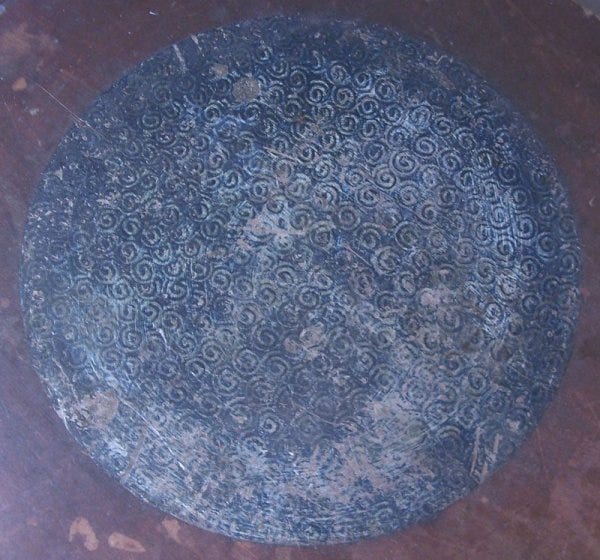 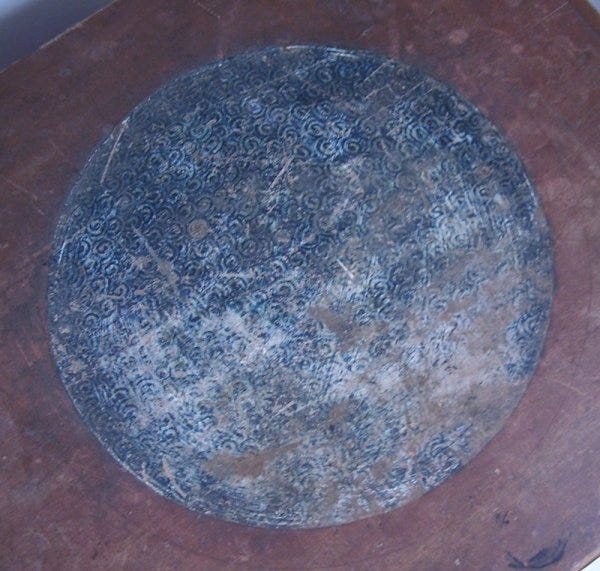 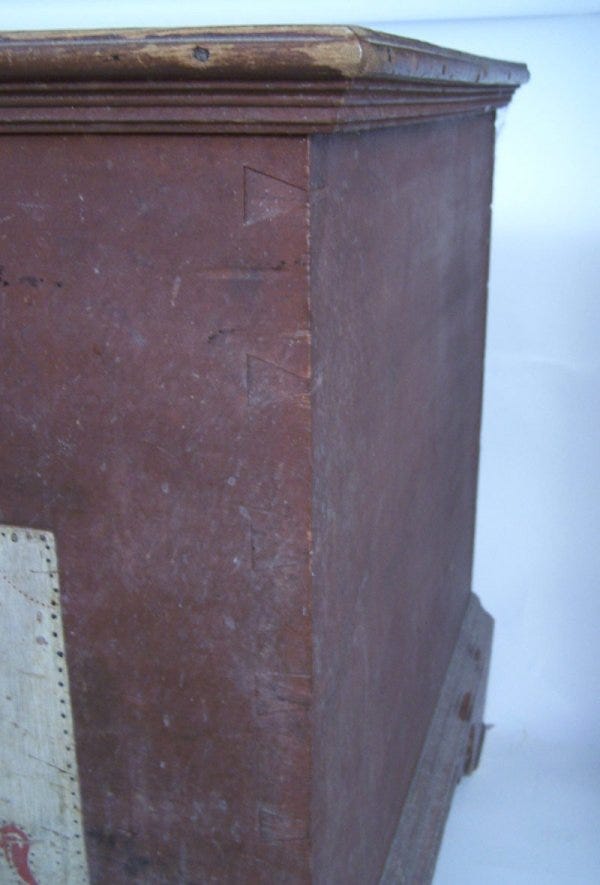 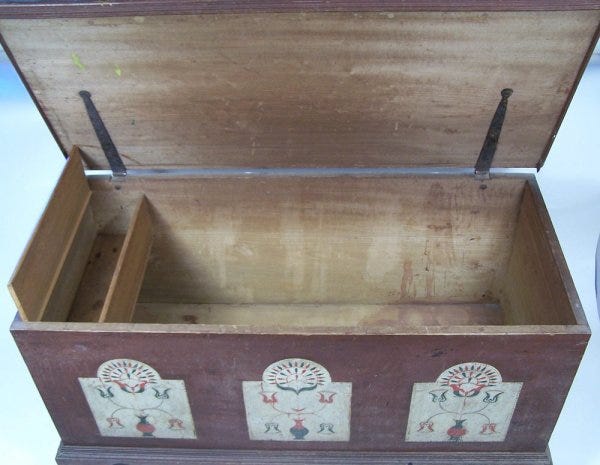 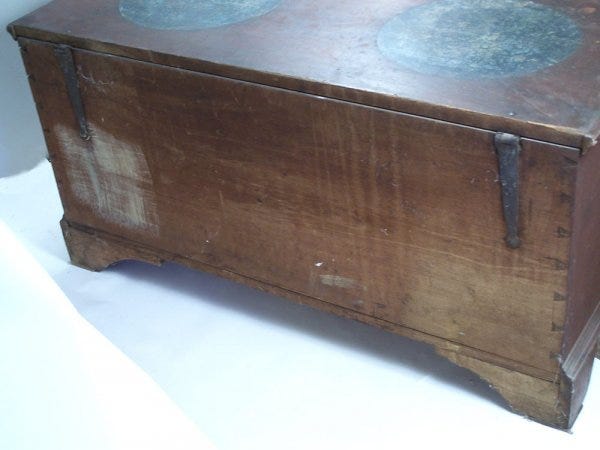 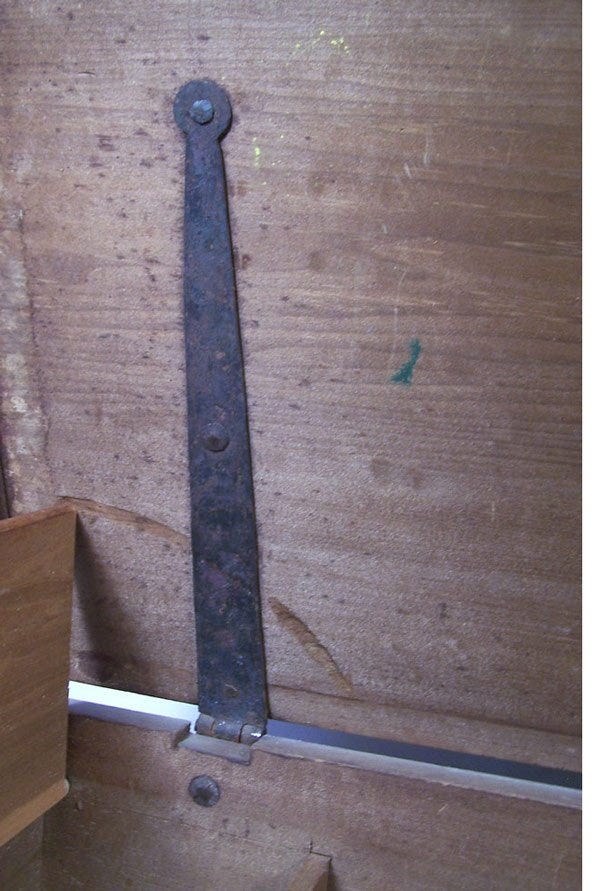 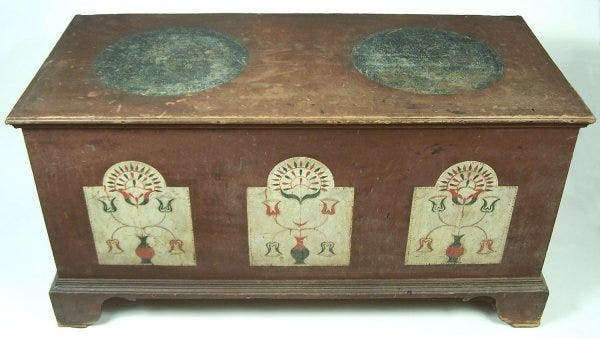